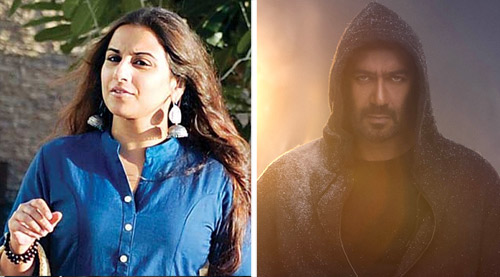 Earlier we had reported about Vidya Balan starring in the sequel of Kahaani, the very film that got her Filmfare award for the 'Best Actress'. And because there were news about Vidya Balan suffering from dengue, one thought that the makers might delay the trailer release of Kahaani 2.

Recently, we got to know that the trailer of Kahaani 2 will be released on the scheduled date and that it will be attached to Ajay Devgn's Shivaay, which is releasing on October 28, 2016. And the digital release of Kahaani 2's trailer will be done a day prior to the Shivaay's release.

Directed by Sujoy Ghosh, Kahaani 2 features Vidya Balan and Arjun Rampal in lead roles and is scheduled to release later this year.