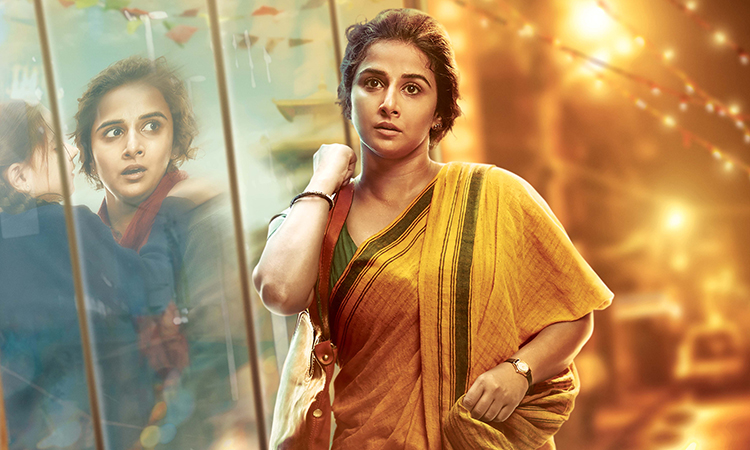 This week sees the release of yet another film sequel at the Bollywood box office. This time round, it’s the sequel of the 2012 whodunit film KAHAANI. Titled KAHAANI 2: DURGA RANI SINGH, it stars Vidya Balan and Arjun Rampal in the lead roles. But will KAHAANI 2: DURGA RANI SINGH turn out to be a successful ‘story’ at the box-office, or will it turn turtle, let’s analyze.

Boundscript Motion Pictures and Pen India Limited’s KAHAANI 2: DURGA RANI SINGH is a whodunit thriller that traces a mother’s journey in the life of her child, the importance of a child in a mother’s life and vice versa. The film starts off with a day in the life of Vidya Sinha (Vidya Balan), which oscillates between her wheel chair ridden daughter Mini (Naisha Khanna/Tunisha Sharma) and her office (in that order). One day she returns home from her office to find her house empty and her darling daughter Mini missing. Soon after she receives an image of her daughter bound and gagged, along with a phone call from an unknown number stating that her daughter has been kidnapped and that she should reach a stipulated spot if she wants to save her daughter. A visibly distorted Vidya wastes no time and rushes to the said spot. On the way, she meets with an untimely accident, which lands her in a coma. There enters the ‘promotion hungry’ police officer Sub-Inspector Inderjeet Singh (Arjun Rampal), who is the officer in charge of the case. While investigating, he gets hold of Vidya’s personal diary (in which she has written about all the events involving her and Mini), which shakes his world completely. When Inderjeet Singh reaches the hospital to meet Vidya Sinha, he gets a shock of his life when he discovers that Vidya Sinha’s face is an exact replica of a person he knew a long time ago named Durga Rani Singh. Unable to comprehend this, Inderjeet gets to work on the case to find out more whether the comatose accident victim is Vidyya Sinha or Durga Rani Singh. In the interim Inderjeet is informed by his superior officer that a dreaded killer and kidnapper Durga Rani Singh, was last spotted in their city. On his journey to uncover the truth Inderjeet discovers Vidya Sinha’s diary that shocks him completely, what is the mystery prevailing between Vidya Sinha and Durga Rani Singh and does Vidya Sinha ultimately land up saving her daughter Mini is what forms the rest of the film.

The film’s screenplay (Sujoy Ghosh) is definitely one of the most shocking that Bollywood has witnessed in the recent times. It keeps the user hooked right from the word go. The film’s story (Sujoy Ghosh & Suresh Nair) is engaging, thrilling, intriguing and as novel as compared to its predecessor. The story has plenty of twists and turns that keep the audience engrossed throughout. It engages the audience essentially for two reasons - the element of thrill it brings to the table and the taboo subject it addresses. Amidst all this, it's the emotional quotient raised by Vidya Balan that forms the crux of the hard hitting film. The film's dialogues (Ritesh Shah & Sujoy Ghosh) are simple, yet stunning. Even though humour is missing in the film, its absence is not really felt in the otherwise serious drama.

After having produced the thriller TE3N (its Box-Office performance notwithstanding), director Sujoy Ghosh is back with what he best does: directing whodunit thrillers. After having directed KAHAANI, Sujoy Ghosh did face an uphill task of developing a story (with KAHAANI 2: DURGA RANI SINGH) that not just encompassed the essence of a thriller, but also featured enough plot twists to keep the viewers guessing. KAHAANI 2: DURGA RANI SINGH serves as a perfect answer to the same. Sujoy Ghosh deserves brownie points for having paid detailed attention to the fact that the sequel enjoys its own and distinguished identity under the sun. And he has taken every possible measure to do so and has been fairly successful in the same. Sujoy Ghosh needs to be applauded for keeping the film real and gripping, without having to resort to the typical Bollywood thriller route. While the film’s first half successfully establishes the plot and the mystery, it’s the second half that’s a revelation (quite literally) of sorts. Despite the presence of a handful of dull moments in the second half, the film’s pre-climax and climax makes up for everything. The film’s prime plot comes as a bolt from the blue. Do not miss the scenes like the film’s climax, Vidya Balan trying to unravel the mystery in her student’s house, her physical fight with a lady cop and the pre-climax face to face encounter between Vidya Balan and the lady cop. Another must watch sequence is immediate post the interval, where unlike conventional films that usually resume a minute a two before the break, Sujoy come up with a unique way that recaps the highpoints from the first half before resuming. 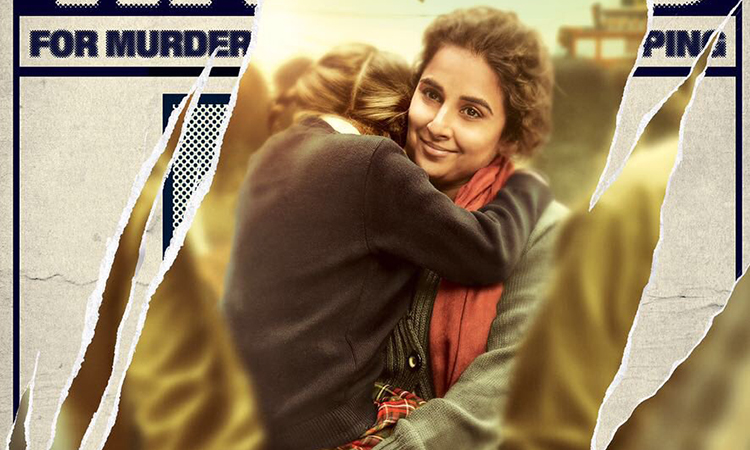 As for the performances, the film rides totally on the shoulders of Vidya Balan and Arjun Rampal (in that order). After having done the forgettable HAMARI ADHURI KAHANI, Vidya Balan has once again joined hands with Sujoy Ghosh, with whom she had delivered a hit in the form of KAHAANI. The supremacy of Vidya Balan’s performance is so high that, it makes its predecessor KAHAANI look like a teaser of what to expect from its sequel. In the true sense of the word, Vidya Balan owns the film totally, so much so that, it’s impossible to think of KAHAANI without her. Her performance is only next to being flawless. The movie gives Vidya Balan a perfect platform to display an array of her emotions. Be it the caring and concerned mother, the conniving lady or convict, Vidya Balan gets into the skin of her character effortlessly. The fact that she looks ugly and unkempt in most parts of the film did require a hell lot of courage. On the other hand, Arjun Rampal, whose last film ROCK ON 2 was a dud at the Box-Office, springs back with an unexpected surprise and a superior (yet restrained) performance. Keeping in mind his towering personality in real life, he essays the role of Sub Inspector Inderjeet Singh with utmost aplomb, conviction and confidence. Arjun Rampal, besides being excellent in his role, brings in a lot of compassion and smartness to his character. Despite the presence of stalwarts like Vidya Balan and Arjun Rampal, the cute little child artist Naisha Khanna makes her presence felt in the film and how! Even though she was an integral part in the film’s story, performances by Vidya Balan and Arjun Rampal could have easily overshadowed her. Full credits go to Sujoy Ghosh for not just giving Naisha Khanna her place under the sun, but also for having extracted a superlative performance out of the girl. Jugal Hansraj, who returns to the silver screen after a long time is a pleasure to watch. The rest of the actors (some of them totally brilliant) help the film move forward.

After having collaborated with Sujoy Ghosh in TE3N, music composer Clinton Cerejo has composed the music for KAHAANI 2: DURGA RANI SINGH. Even though a film of this genre need not necessarily need music to bank upon, still, the music is passable with no out of place and thrusted tracks. On the other hand, the background music is bang on and acts as one of the film’s USPs. It simply adds to the aura of the haunting film.

On the whole KAHAANI 2: DURGA RANI SINGH comes across as a dark thriller that addresses a sensitive subject backed with fantastic performances. At the Box Office, the movie will be appreciated on the account of its engaging narrative. Highly Recommended.

Very bold but essential subject handled in a captivating manner. Vidya had acted brillently and so…

Excellent story full of suspense. The direction and acting was outstanding by all. I did not find…