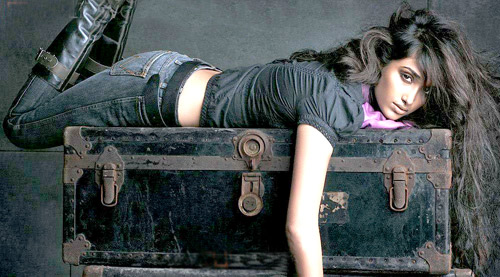 The (late) Jiah Khan case has witnessed several twists and turns in the past couple of years. The latest update on the same is that there is evidence that suggests that the actress' suicide was staged. What further adds to the controversy are the recent findings contradicting the reports submitted by the State.

Rabia Khan, who continues to file petitions about her daughter (late) Jiah Khan's suicide being a murder took the help of a British forensic expert, Jason Payne-James. His findings indicate that the injury mark on the lower lip of Jiah's body, which were considered as a friction of the teeth whilst the actress hanged herself during the CBI investigation, has now been regarded as a result of a fight or a wound caused by someone according to the recent reports. Also, the latest findings reportedly reveal that the marks caused on her neck are too precise to be caused by a dupatta and his reports indicate that it is a much more well-defined ligature mark.

In fact, just a few months ago, based on the investigations conducted by the CBI, the court had dismissed Rabia's appeal and the case now continued with the charges of abetment to suicide against the accused Sooraj Pancholi. While it is yet unsure if the forensic expert's opinion is admissible in court since it is done by a private foreign lab and not by the State, we hear that Rabia intends to approach the city sessions court with the latest findings and agreeing with the same, was their lawyer Dinesh Tiwari.

On the other hand, a few legal experts claim that it is quite possible that the court may accept these evidences, as an expert opinion irrespective of it being a part of the State or no, is generally considered in these cases.