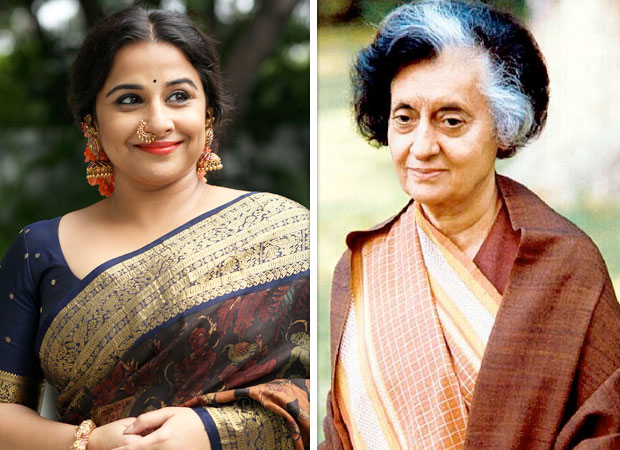 Over the years, Vidya Balan has proved her varied range of craft on the big screen. From Parineeta to Tumhari Sulu, the actress is just leaving everyone stunned with her performances. Following the current trend of biopics, it seems like Vidya Balan is getting on to the bandwagon of the biopic as well.

It has been learned that Vidya Balan will play former Prime Minister Indira Gandhi onscreen. Journalist-author Sagarika Ghose announced that Vidya has bought the rights to her book ‘Indira: India's Most Powerful Prime Minister’ and will be starring in the same as well. In a tweet, she wrote, "Just signed the contract for movie rights for my book "Indira, India's Most Powerful PM" with @vidya_balan and @roykapurfilms! Utterly elated!! Look fwd to seeing INDIRA on screen! @juggernautbooks #IndiraTheMovie."

Though Vidya Balan is yet to confirm the news, she did confirm getting the rights to the film. In a statement on January 9, she revealed, "I am happy to have acquired the rights to Sagarika Ghose's Indira..., because I have always wanted to play Indira Gandhi. I haven't decided yet whether it should be a film or a web series, but that will take a while anyway."

Sagarika Ghose’s book has all the stories from Emergency in 1975 to Indira Gandhi's failed marriage, her not so good relationship with her son Sanjay Gandhi and her political career.