New music is coming, MOAs! South Korean 4th generation 'IT' group Tomorrow By Together is ready to make comeback in just over two months. After releasing a second full-length album The Chaos Chapter: FREEZE on May 31, 2021, along with accompanying music video  '0X1=LOVESONG (I Know I Love You) feat. Seori' and B-Side track - the group’s first English song 'Magic.' 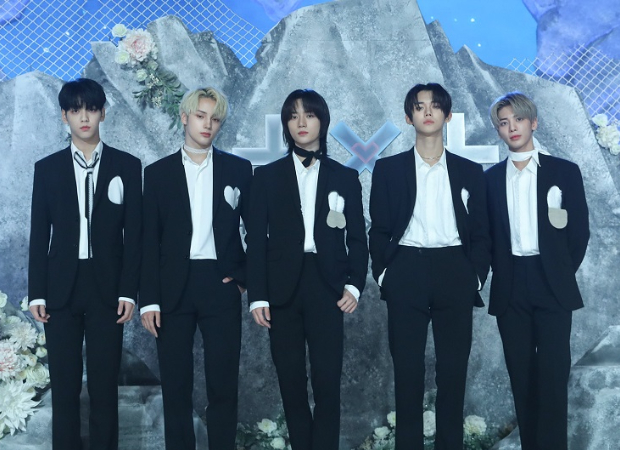 Now, the group has announced their upcoming album The Chaos Chapter: FIGHT OR ESCAPE set to release on August 17, 2021. In a statement released on Weverse by BigHit Music, it read, "Hello. This is BIGHIT MUSIC.
On Tuesday, August 17, the repackaged album of the second TOMORROW X TOGETHER studio album The Chaos Chapter: FIGHT OR ESCAPE will be released. Pre-orders will begin on Monday, July 17, and we will provide further details about the new release in a separate notice on TXT Weverse." The pre-orders for the album begin on July 19.

TOMORROW X TOGETHER, comprising Soobin, Yeonjun, Beomgyu, Taehyun, and Huening Kai,  have charted their fourth entry into the Billboard 200 with The Chaos Chapter: FREEZE which makes its debut on the chart at No.5.

TOMORROW X TOGETHER made their debut in March 2019 under BIGHIT Music and quickly rose to fame with their debut EP, The Dream Chapter: STAR, which made the young group the first K-pop group to chart their debut album on the Billboard 200. The band’s previous all-time high on the chart, No.25, was marked by their October 2020 EP, minisode 1: Blue Hour.