A star-studded tribute in memory of late English singer-songwriter Amy Winehouse is slated to livestream on July 23 that will assemble a line-up of both established and rising artists to pay homage to the Grammy-winning music legend on the 10th anniversary of her passing. 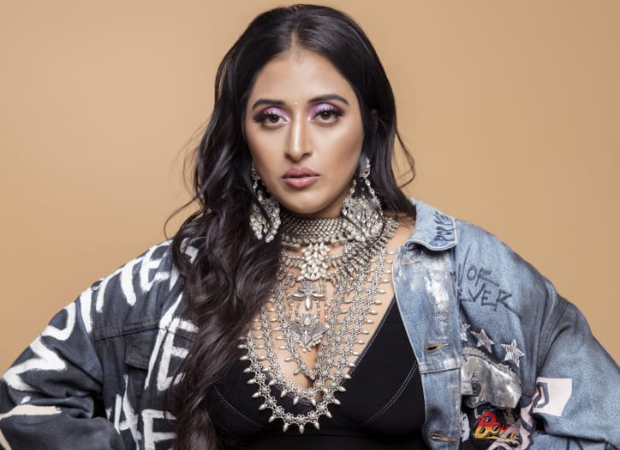 Titled ‘Back To Amy’, the three-hour "festival style" event will emanate from City Winery Nashville, the site of a new physical exhibit dedicated to Winehouse, and is a collaboration between MusiCares Foundation, the philanthropic partner of the Recording Academy, and the Amy Winehouse Foundation. The show will include performances from the Nashville venue, recordings from around the globe, and spoken-word dispatches from other musicians.

Marking a monumental moment of sorts for the Indian diaspora of Winehouse fans, will be GRAMMY-nominated rapper and singer-songwriter Raja Kumari, who is confirmed to feature on the eclectic performance line-up. The multi-platinum artist who has painstakingly carved a distinct reputation for herself in the global music industry with her revolutionary art form says, “I am so honored to be supporting mental health awareness at Back To Amy with MusiCares® and the Amy Winehouse Foundation. This is a topic that is really important to me. I’ve been in therapy for the last year and it’s thoroughly changed my life. I try to talk about it as much as I can because it’s kind of taboo in my culture and people don’t want to get help when they really need it. As musicians especially in the last two years I think our mental health has come to the forefront. Join me in supporting this important cause as we celebrate art, music, empowerment, and Amy's legacy.”

Executive producer Gabriel Gornell whose recent live-stream credits include Lollapalooza 2020, expressed “Amy’s fan base is so passionate; they’re still wanting a connection and I couldn’t be more excited than to present them with this celebration. I’m extremely grateful to each of the performers who lend their unique touch, worthy of this celebration of Amy’s legacy. I’m equally proud that this benefit celebrates inclusivity and diversity and this is a live stream with purpose.”

Exhibit creative director Charles Moriarty adds on, “Back to Amy is such a great opportunity to showcase some incredible talent from both sides of the Atlantic. There was a time when Amy spent weeks in the back of cars going radio station to station slowly sharing her voice with the country. Now with new technology, we can take that introduction of fresh, young and vibrant voices to a new level.”

The live stream will be presented by Mandolin, City Winery, and Qello Concerts by Stingray. Proceeds from the event will be split between The MusiCares® Foundation and the Amy Winehouse Foundation to support mental health awareness.

Additionally, all ticket-buyers will receive a unique code to access six more Amy Winehouse titles on Qello Concerts for a limited time. The six titles include “Live Eurockeennes de Belfort”, “The Legacy”, “The Final Goodbye”, “Live At Porchester Hall”, “Live In London: I Told You I Was Trouble”, and finally, “The Day She Came To Dingle”.

Prior to the announcement of the ‘Back To Amy’ exhibit and livestream, an NFT auction was announced in May 2021 to mark the celebrations of the life and career of Amy Winehouse. This NFT is currently on display within the immersive 3D NFT Decentraland exhibit. All proceeds from the sale of the first NFT—a rare pic of Winehouse shot by photographer Charles Moriarty at age 19 in New York and animated in comic-strip style by visual artist Mark Palkoski—are earmarked for MusiCares® and the Winehouse Foundation. The NFT, the first MusiCares® has been involved with, also marks the world’s first-ever philanthropic NFT. A second NFT, also a Moriarty photograph of Winehouse, is slated to release on the day of the event.

After Amy Winehouse's untimely death, on 23 July 2011 from alcohol poisoning at the age of 27, her family established the Amy Winehouse Foundation to inspire young adults to build their self-esteem and resilience.

MusiCares Foundation is a non-profit organization established in 1989 and incorporated in 1993 by the National Academy of Recording Arts and Sciences. It has provided more than $60 million in health, financial, and rehabilitation resources to music people in times of need. A friend and ally of the music community, MusiCares was established to safeguard the health and well-being of all music people. A four-star charity and safety net in times of need, MusiCares offers confidential preventative, recovery, and emergency programs to address musicians' financial, medical, and personal health issues.