One of the highly awaited comebacks in the Korean music industry is of the fourth generation group, Tomorrow X Together aka TXT. Their next mini-album 'minisode1: Blue Hour'  has dropped on October 26 along with the title track 'Blue Hour'. 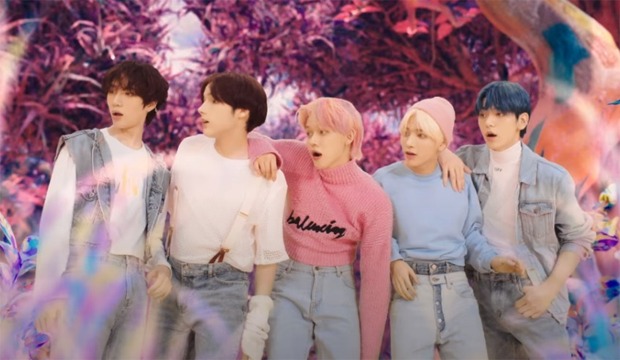 The music video takes you through the emotions of five young boys who are moving ahead in their friendship and trying to deal with the harsh realities of life. Earlier, we thought it was supposed to be a soft ballad through the teasers. Instead, it fits in the criteria of 'sad but make it slap'. The quintet is sitting on a tree watching the sunset against the beautiful backdrop of a Ferris wheel. In the month of October, the sun sets at 5:53 p.m which is the time when the sky looks ethereal but also brings darkness along with it. This symbolizes the complexities of their friendships and how it goes through ups and downs.

As the quintet closed 'The Dream Chapter', the magic of it has seemed to have come to an end as they face the realities of life. The lyrics reflect the same sentiments that they want to hold onto those memories but reality has a different tale to tell. "You are my special / My only one special / The door of dreams opens / In the memories you come to reality."

The five members are seen dancing with a carousel, and garden in the background. The CGI effects are visually stunning as it brings the disco-genre with a lot of nostalgia. Denims, crop tops, turtle-necks, country-style outfits are beautifully incorporated in this aesthetically pleasing music video. The song is co-composed and written by Slow Rabbit, Kyler Niko, LIL 27 CLUB, and “hitman” bang (Bang Si Hyuk). From hats to long coats, the old-school vibe to it takes the 2020 disco-era forward. The music video is truly whimsical, vibrant and fits the TXT vibe perfectly.

"The title track 'Blue Hour' is a disco dance track that gives off both a bright yet sad energy that's easy for people to relate to," said Yeonjun at the virtual press conference on Monday. "We want to continue the disco trend that BTS started with a song that expresses both the emotions of seeing something beautiful as well as frightening."

The lyrics go, "You’re the one that I want / You are Everything that I want Blue / At that moment, the colored sunset, everything changes / We at 5:53 keep beautiful."

'Blue Hour' minisode 1 EP comprises five tracks 'Ghosting', 'Blue Hour', 'Wishlist', 'We Lost The Summer' and 'Way Home'. All the members have participated in some tracks in composition and lyrics.

The quintet - Soobin, Yeonjun, Beomgyu, Taehyun, and Huening Kai - closed their album series 'The Dream Chapter' with their last album, 'Eternity'. The album dropped back in May with the title track 'Can't You See Me'. This was followed by a B-side music video, 'PUMA', and the last music video, 'Eternally'. Along with their Japanese release, they dropped their single 'Drama' on August 19.