Taapsee Pannu is currently gearing up for her thriller release, Badla, with Amitabh Bachchan and it is being really anticipated by the audiences. This is the second time that Amitabh and Taapsee are collaborating for a film after Pink. It is very similar to their previous roles where Amitabh is the lawyer and Taapsee is the client who has been framed for the crimes she claims she has not committed. 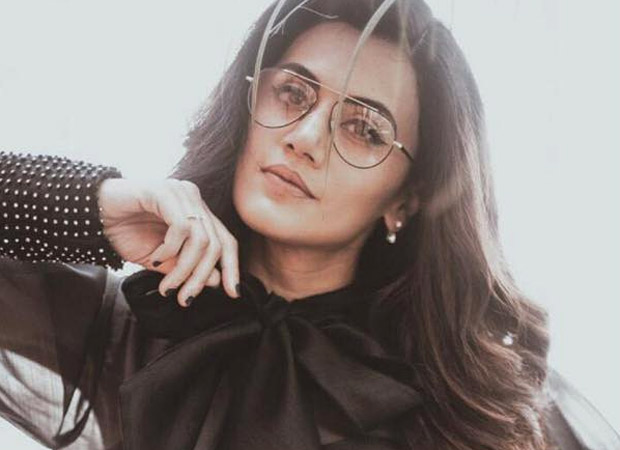 In a recent interaction with Bollywood Hungama, Taapsee was asked about her experience of working with Big B yet again and she said that it was like coming back from a break. It was like how they finished a schedule, went on a break, and then came back for another one. The rapport that they shared was still the same. However, to get their chemistry right this time was a little difficult because according to them and the makers it would be boring for the audiences to watch two people talk for hours at a stretch. She was also asked about her career choices of choosing roles that have a grey hue and why she did not do commercial films on a regular basis.

To which, she replied, “I don’t get more of that (commercial films), because I think, I am not that far ahead in the queue of actresses who choose to do commercial films. I think there are other actresses who can perform and dance well in movies like these and there aren’t a lot of directors who can do unconventional films. Everybody wants to play safe because they know the plus points of the actors and if they’re casted in them then it will be easy and convenient. Because David sir had seen my previous works in South films, he had the courage or the vision to cast me in a film like Judwaa 2. But not everybody has that courage.” Take a look at the video.

After Badla, Taapsee will be seen in movies like Saand Ki Aankh, Mission Mangal, and a South bilingual film, Game Over.

Also Read: Taapsee Pannu backs Ali Zafar for supporting his country and says there’s nothing wrong with that