Sonakshi Sinha looked gorgeous in a royal blue coloured gown last night at the HT Style Awards, 2019. While talking to the media, Sonakshi Sinha revealed her point of views on her father, Shatrughan Sinha, quitting the Bhartiya Janta Party (BJP). The veteran actor has been a part of this ruling political party for around a decade now and he has recently announced on his social media about walking away from the party. While announcing his leave, he posted a picture with the president of Indian National Congress, Rahul Gandhi. 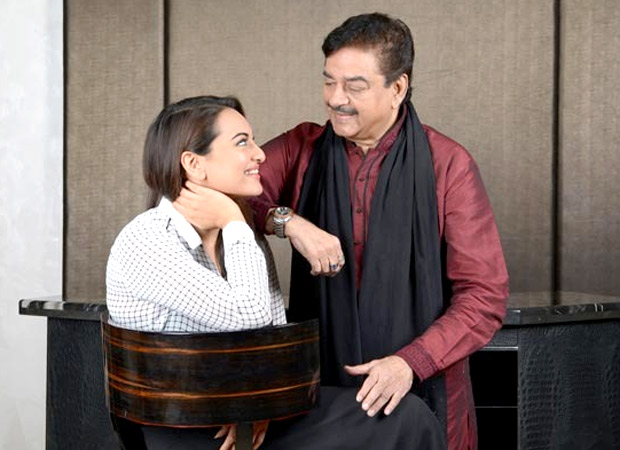 He quit the party a few days post the announcement of Union Minister Ravi Shankar being appointed as BJP’s candidate for Bihar Patna Sahib, when it was Shatrughan’s constituency since the past decade. While attending the awards last night and addressing the media, Sonakshi Sinha was questioned about her thoughts on her father quitting the political party. She replied, “Being a party member from the beginning from the time of JP Narayan ji, Atal ji and Advani ji, my father has a lot of respect within the party and I feel the entire group has not been given the respect they deserve. I think he has done it a bit too late, and he should've done it long back”. She further added, “I think if you are not happy with how things are going on around you, you should not shy away from change. That's what he did.”

She was even asked if her father’s decision made an impact on her career, she gracefully said, “No, not at all, I am standing right here.” She will next be seen in Karan Johar’s multi starrer Kalank and is paired opposite Aditya Roy Kapur, releasing on April 17.