In her recent interview, Kangana Ranaut dropped a bomb when she said that Pahlaj Nihalani had asked her to do a photoshoot without undergarments for his movie, I Love You Boss. The movie’s plot revolved around a young girl who falls for her middle-aged boss. Ranaut claimed that Pahlaj had offered her a soft-porn of a character. However, Pahlaj decided to break his silence on the matter and has rubbished all the allegations she put on him. He says that it was up to Kangana to decide how she wanted to carry the photoshoot. 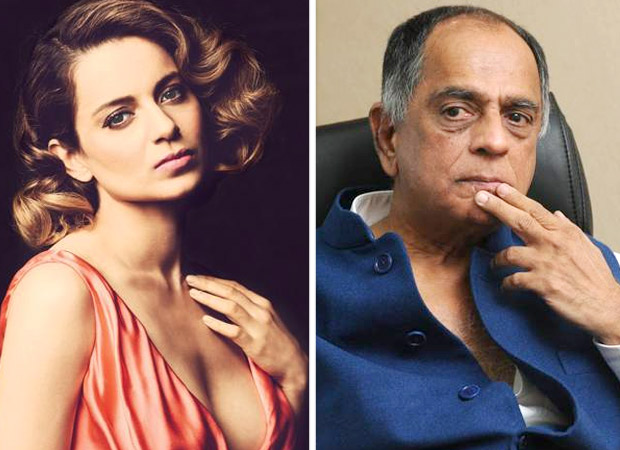 Nihalani said that she was struggling for a break in the industry since half a decade and that is when he signed her for three movies deciding to introduce her in I Love You Boss. He had even given her a reference for photoshoot which he wanted to do in an elaborate manner. Nihalani further said that when it didn’t work out with Amitabh Bachchan and Rishi Kapoor, Shatrughan Sinha agreed for the film and Kangana even did 4-5 readings with him. Pahlaj said he had spent 80 lakhs on the publicity and that is how she got recognition after which she was signed for Gangster.

While Kangana said that she changed her number and disappeared from the scenario, Pahlaj said she was dying to do this film and backed out all of a sudden. He further revealed that she asked him to release her as she had a better offer from Mahesh Bhatt. He also said that the movie cannot be a soft-porn if he has approached Amitabh Bachchan and Rishi Kapoor. Further adding, he said she is not a cool person to work with and is also a thankless person for not acknowledging the fact that she got her first break because of him.

When Nihalani called her to clear out the matter, she did not receive the call and texted post-midnight saying she will speak to him later.

Also Read: Kangana Ranaut REVEALS Padmaavat was offered to her before Deepika Padukone