Ronnie Screwvala's RSVP is coming up with the dance franchise' Bhangra Paa Le with Sunny Kaushal and Rukhsar Dhillon in the leading roles. The trailer of the film dropped on Monday. RSVP's new film is sure to give dancing goals with a complete Punjabitadka. Now, we hear that the film has a song recreated from Salman Khan and Shah Rukh Khan's Karan Arjun. 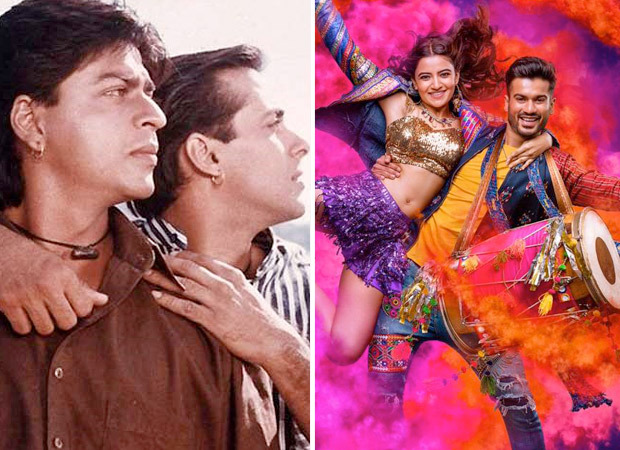 Twenty-four years later, 'Bhangda Paale' from the film Karan Arjun is making its way back to the mainstream media as it has been recreated in the Sneha Taurani's directorial debut Bhangra Paa Le starring Sunny Kaushal and Rukshar Dhillon. Explaining how this iconic song has made to the film, debutant director Sneha Taurani said, "Two things led us to recreate this track. Since our film revolves around Bhangra, the song lends itself to the dance form. Secondly, our title itself is a good fit with the song."

The director goes on to add that recreations are not without their share of pressures, particularly when the original is a chartbuster. “But we have adapted it into the film’s world completely, so hopefully, the grooves will get people moving,” she asserts.

The original was composed by Rajesh Roshan and sung by Sadhana Sargam, Mohd Aziz and Sudesh Bhosle. When asked about if she has shown the recreated version to the original team Sneha said, “Here’s hoping that they will see it and it will bring a smile to their faces. Hopefully, they won’t kill us.”

The film revolves around college rivalry between the characters, Jaggi and Simi as they prepare for an international dance competition.

Produced by RSVP, Bhangra Paa Le will be directed by Sneha Taurani starring Sunny Kaushal and Rukhsar Dhillon. The film is releasing on November 1, 2019.