Remember last week Katrina Kaif was spotted at Mehboob studio in Bandra sporting a look resembling the yesteryears actress Madhubala? Well, we hear that Kaif was on location for a special shoot for her currently under production film Zero. If that wasn’t all, we also hear that accompanying the actress was none other than Shah Rukh Khan as well. While the shoot itself was conducted under hush hushed circumstances we have some inside details on it. 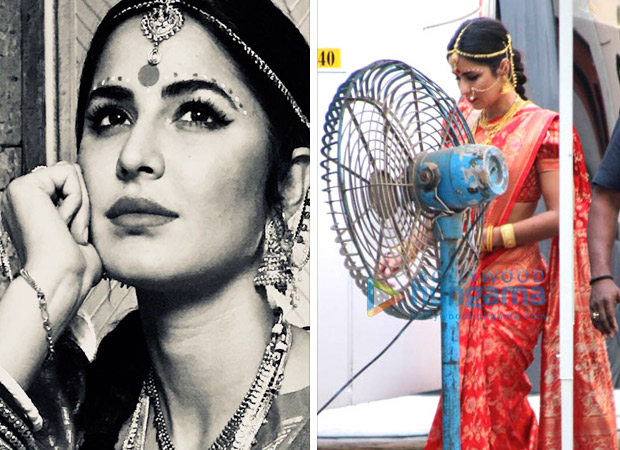 Apparently the said shoot was for some promotional material for Zero that would include posters and other digital promotional materials. If that wasn’t all, the shoot that was done by Suresh Natarajan featured a green screen and similar technology and camera angles that were used in the previous shoot by Avinash Gowariker. Going by this we can expect that the secret photoshoot will feature Shah Rukh Khan in the dwarf role that he plays in the film while of course Katrina’s traditional look made headlines.

Commenting on the same a source close to the development confirms the shoot saying, “Yes Shah Rukh Khan and Katrina Kaif did do a photo shoot against a green screen and I must tell you that the shoot was beautiful.” Talking about the shoot further while not revealing too many details the source added, “It was a promotional poster shoot that went off brilliantly. I cannot really talk about what exactly the shoot was but suffice it to say that the end product will be a beautiful poster.”

While we can’t wait for the final images of this shoot to be release, the film itself Zero will see Shah Rukh Khan reuniting with his Jab Tak Hai Jaan co-stars Katrina Kaif and Anushka Sharma. Directed by Aanand L Rai the film which is heavy on VFX is being readied for release in December this year.

Also Read: Shah Rukh Khan and Anushka Sharma visit US Consulate in Mumbai; to head to the US for Aanand L Rai’s Zero