Kartik Aaryan will soon be seen in the official remake of Allu Arjun blockbuster, Ala Vaikunthapurramuloo. The Hindi remake has been titled Shehzada and is directed by Rohit Dhawan and stars Kriti Sanon in the female lead. The movie is gearing up for a November 2022 release. According to our highly placed sources, the Hindi dubbing rights of Ala Vaikunthapurramuloo were sold to Manish Shah of Goldmines Telefilms for a sum of Rs. 4 crore back in 2020. 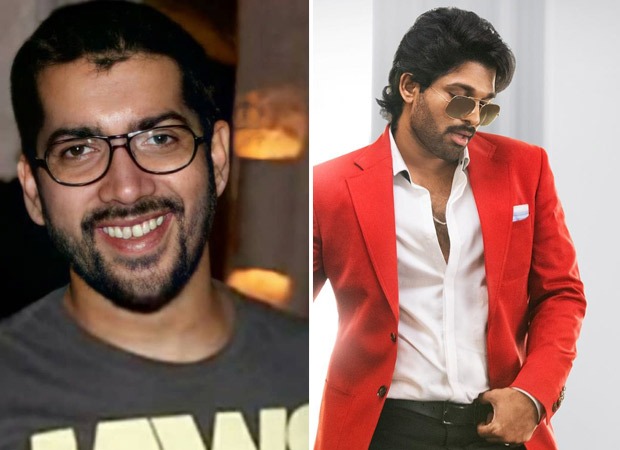 "The dubbing giant was planning to bring the Hindi dubbed version of the blockbuster on TV as well as the digital world in a grand way. However, last year, he had to put all his plans on a standstill, when he discovered that a Hindi remake of this Telugu film was in the works. At first, he was upset that a Hindi remake was in the making given that all the Hindi rights rested with him and the agreement stated that the Hindi remake cannot release for at-least 6 months of the dubbing version being premiered. Seeing the development, he was all geared up to premiere the film on TV and OTT platforms, given that Allu Arjun is the undisputed king of TV and OTT when it comes to Hindi dubbed films," a source from trade informed Bollywood Hungama.

That's when the Shehzada team got into a conversation with Manish Shah. "The producers of Shehzada felt that the Hindi premiere of Ala Vaikunthapurramuloo would take a major hit on the prospects of their film. So they got into a conversation with Manish Shah and requested him to hold back on the premiere. They also offered to make him the co-producer of the Hindi remake which he declined. Manish was insisting on going ahead with the premiere, but eventually, the Shehzada team shelled out an astronomical amount of Rs. 8 crores to stop Manish Shah's Goldmines Telefilms from premiering the film. Several meetings between the stakeholders took place all through 2020 and 2021 at a 5 star hotel in Goregaon. Basically, Manish made a profit of Rs. 4 crore on his investment," explained the source.

The deal now works the other way round, as the Hindi dubbed version of Ala Vaikunthapurramuloo can premiere on TV and OTT platform at-least 16 weeks after the theatrical release of Shehzada. We are sure, seeing the success of Pushpa now; team Shehzada is smiling seeing their luck, as the Hindi dubbed version of this family comedy could have dented the prospects of their film big time.

Also Read: “Fake news of me marrying a fan was really laugh-worthy to me” – says Kartik Aaryan