Filmmaker Ali Abbas Zafar and his next film Bharat is making big headlines as the lead actress Priyanka Chopra walked away from the project. Just a day ago, the filmmaker announced that actress has left the film in the nick of time and he wished her all the very best for her future ventures. This hinted that the actress was getting married to her Hollywood beau Nick Jonas. Just after the news broke, her engagement news became the talk of the world which was the reason for her to leave the film. Since Priyanka is out of the film, many names have popped up to replace her. The rumours are rife that either Deepika Padukone or Katrina Kaif will be coming on board as the lead actress. But, a little birdie told us that Kareena Kapoor Khan has also joined the race to replace PC. 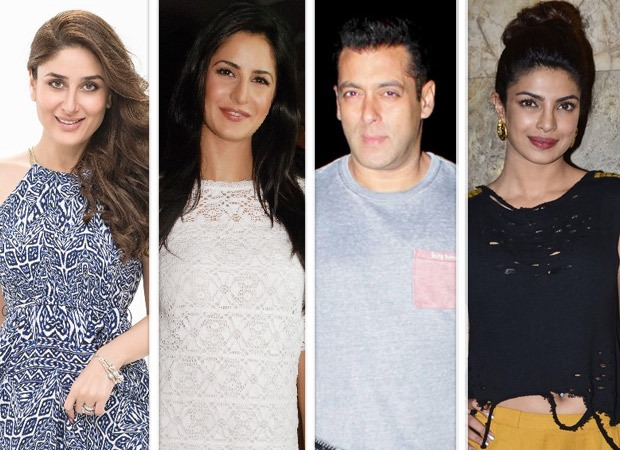 Kareena Kapoor Khan, whose last film Veere Di Wedding was a hit, has been reading a lot of scripts and will announce her next project soon. With that being said, a source close to the project has revealed that Kareena is reportedly being approached for the film. It will be interesting to see Salman Khan and Kareena's dynamics once again onscreen after all they have done several movies together. They have starred in Main Aurr Mrs Khanna, Bodyguard, Kyon Ki and Bajrangi Bhaijaan.

Just this morning, director Ali Abbas Zafar revealed that they are nonstop shooting at this point and will soon announce the lead actress' name. He took to Twitter and wrote, "Yes yes yes ... we will announce the leading lady of Bharat soon.. We have been shooting Non stop and the simultaneously preparing for international schedules..."

Besides Kareena, Katrina Kaif too is in the race to replace Priyanka Chopra as she has a special bond with both Salman and director Ali Abbas Zafar. Ali made his debut as a director in Mere Brother Ki Dulhan in which she starred in the leading role. Her last film Tiger Zinda Hai was with Ali and Salman as well and was a blockbuster. Salman and Katrina recently even went on international tour with their Dabangg Reloaded Tour.

Deepika Padukone, on the other hand, has never starred opposite Salman Khan. This will be an interesting pair if at all they come together for Bharat.

Meanwhile, on the work front, Kareena Kapoor Khan has reportedly signed her next film with Karan Johar. The film will star Akshay Kumar in the lead with Diljit Dosanjh and Kiara Advani. Besides, she is also reportedly starring in Shah Rukh Khan's next Salute.