Farhan Akhtar, who made his acting debut with the National Award winning film Rock On!!, emerged as the reel life rockstar of Bollywood. The actor has had a pretty busy year with his concerts around the country that received a tremendous response from across the quarters for his shows. Now, he is going international with his tour and reuniting with his Rock On buddies, Shankar - Ehsaan - Loy. 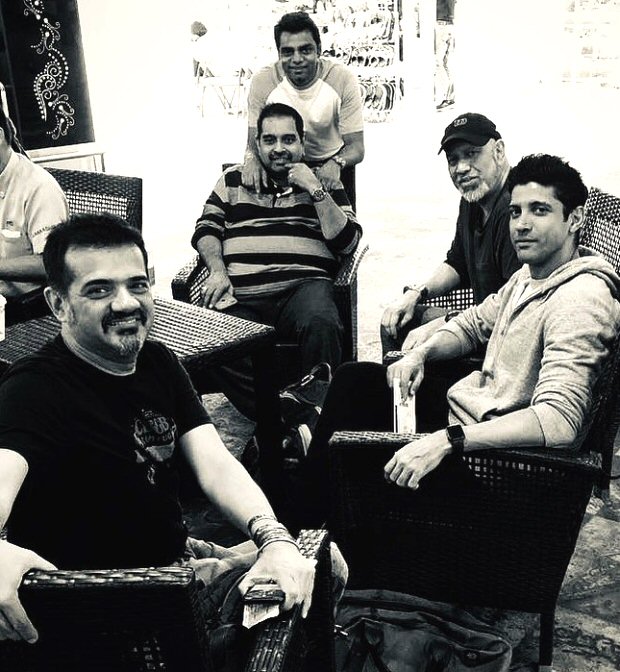 Filmmaker-actor Farhan Akhtar will be touring with music composers Shankar - Ehsaan - Loy in the US and Canada next month. Farhan, on Friday, shared a photograph from the Delhi airport lounge and captioned it, “Bumpity bumped into my favourites Shankar, Ehsaan and Loy at Delhi airport, many airport moments await us gentlemen, US and Canada tour coming up. Happy reunion.”

On the professional front, Farhan Akhtar will be busy shooting for Shonali Bose directorial which is tentatively titled The Sky Is Pink. The film stars Priyanka Chopra opposite him and Zaira Wasim as their daughter. The Sky Is Pink is a story about a young girl named Aisha Chaudhary who was diagnosed with pulmonary fibrosis at the age of 13. She became a motivational speaker after her diagnosis. She even came out with a book, My Little Epiphanies. With a positive attitude, she spoke at prestigious events like TEDx, INK conferences. However, Aisha Chaudhary breathed her last at the age of 18 on 24th January 2015

Sona Mohapatra to host a musical webinar for…