Saif Ali Khan is currently in Mumbai spending time with his kids, Taimur and Jeh. The actor was last seen in the much talked about Vikram Vedha which featured him alongside Hrithik Roshan for the first time. Being a remake of one of the most popular South films by the same name, the film had garnered ample curiosity and also featured many commercial elements. While it was touted to do quite well at the box office, the film did not garner the kind of response expected. In a recent interview, Saif candidly expressed his opinion regarding the performance of Vikram Vedha and also spoke about the poor response that Bollywood films have been receiving at the box office. 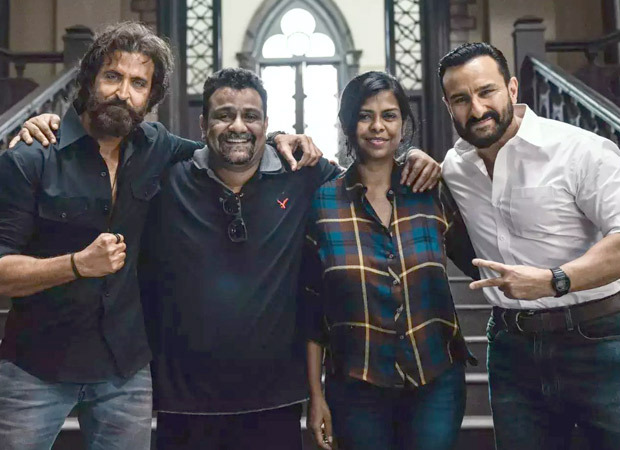 Vikram Vedha, which was mounted on a big budget of Rs. 100 crores, managed to garner not more than Rs. 80 crores at the domestic box office. While the film was expected to receive a grand response owing to the star studded casting of Saif Ali Khan and Hrithik Roshan as well as massy elements like action and item numbers, the film failed to meet expectations. Addressing the same, Saif Ali Khan was quoted at a recent interview with CNBC-TV18 saying, "The reason we should be very polite to each other is because nobody has any clue of what works and doesn't work.”

He went on to add, “I have no idea but something is happening. People will continue to make movies. Prices will keep fluctuating because our pricing, some of it, is insane. We pay people astronomically and the returns have been not good.” The actor also mentioned that people have to also earn that much amount of money where they can afford to invest in watching these films.

Coming to his upcoming projects, Saif Ali Khan will next be seen as Lankeshwar aka Raavan in the Ramayana-inspired ambitious project Adipurush that also stars Prabhas and Kriti Sanon in lead roles. The film, directed by Om Raut, is slated to release in June 2023.