Rohit Shetty is certainly enjoying the success of his recent release Simmba. Starring Ranveer Singh and Sara Ali Khan the film which also saw Ajay Devgn doing a cameo has opened to a thunderous response from the audience. Now, we hear that Rohit is already contemplating his next. In fact, if sources are to be believed then, Rohit will soon be directing Akshay Kumar in a film titled Sooryavanshi. If that wasn’t enough, we hear that the said film will also see Ranveer Singh and Ajay Devgn making special appearances in it. 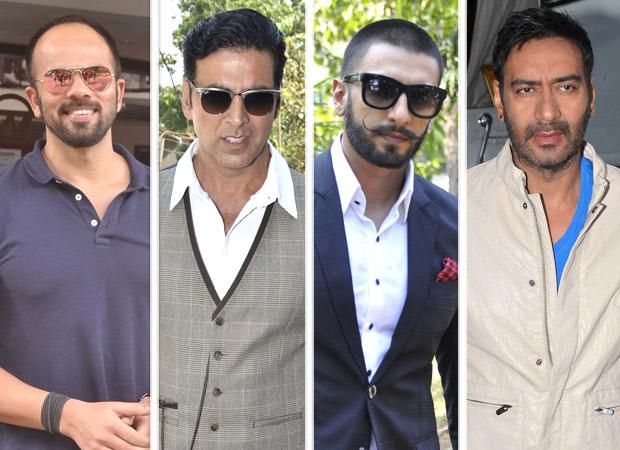 Commenting on the same a source close to the developments adds, “Yes, Rohit Shetty will be directing Akshay Kumar next. Given Shetty’s recent track record at the box office it was obvious that other A-list actor would be lining up to sign him on as their director.” When prodded for details of Sooryavanshi the source continued, “The film will see Akshay Kumar playing the role of an ATS cop and is slated to go on floors in April next year with a release being slated for the last week of December. As of now the rest of the cast is yet to be locked.”

Further when asked about Ranveer and Ajay Devgn making special appearances in the film the source continued, “In Simmba Ajay Devgn made a special appearance in his Bajirao Singham avatar, while Ranveer Singh too played a cop. Now in Sooryavanshi, both Ranveer and Ajay will be making an appearance and it will not be surprising if they reprise their respective roles from Simmba and Singham”.

While, it certainly is interesting to hear that Akshay Kumar will be returning to play an action packed cop role after his last outing as a law enforcer what is more interesting is the fact that the film will be helmed by one of the most successful action directors. But, as of now an official confirmation on the same is awaited.