Well, in what seems to be a unique move of sorts, Katrina Kaif and Varun Dhawan were set to come together for the first time in a Remo D’Souza film. The choreographer turned director had set the film against his favourite backdrop, that of dance! The onscreen couple even made an appearance together on the ongoing Karan Johar chat show Koffee With Karan as guests and now it seems that the much anticipated film which was tentatively titled Street Dancer may not happen after all! 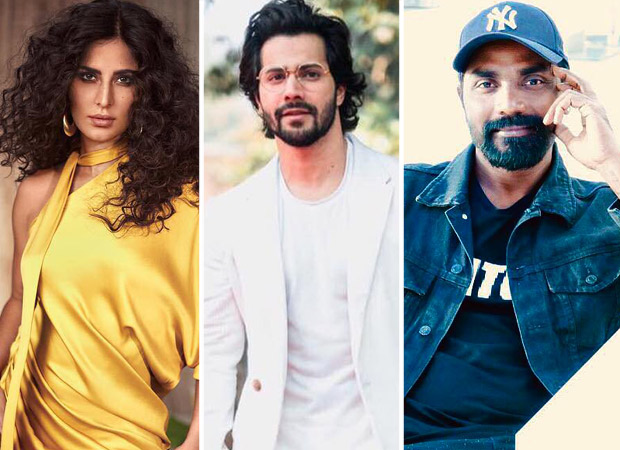 Sources close to the production house have stated that Katrina Kaif may have to make an exit from this Remo D’Souza film owing to date clash. Street Dancer is expected to go on floor next year [Jan 2019] and the dates of the same are clashing with her ongoing film Bharat that also features Salman Khan in the lead role. “It seems that Katrina Kaif, who was eagerly looking forward to this Varun Dhawan starrer, has now walked out of the film because its schedule is clashing with the schedule of Bharat. Since Kat has already started the Salman Khan film and it is more than half way through, she will not be able to prioritize any other project over this.  The shoot of the Remo film is expected to start in January and will continue till March or April end. So the clash is quite unavoidable for her. Besides this, following what Priyanka Chopra did with Bharat, Katrina Kaif wanted to be extra cautious not to repeat or come anywhere close to doing the same thing” said the source.

However, neither Katrina Kaif nor Remo D’Souza has made an official announcement on the same. The actress is currently celebrating the holiday after a hectic promotional schedule for her last release Zero. We contacted the producer of the film, T-Series’ head honcho Bhushan Kumar for confirmation but he is yet to respond on the same.

If the rumours are true, soon, Remo and Varun may have to scout for a new leading lady for this dance film.

Also Read: Here’s how Katrina Kaif got over her phobia of parties