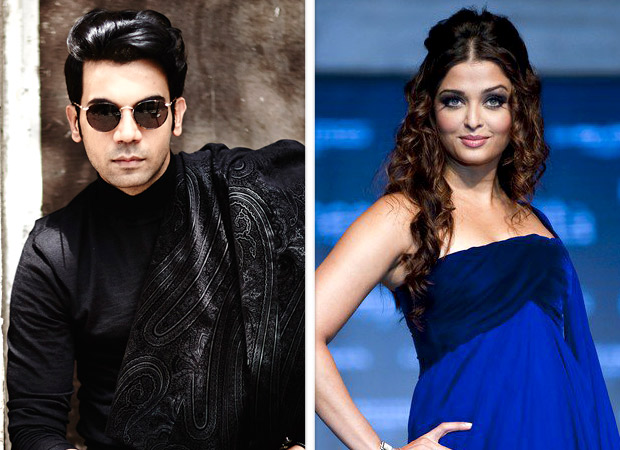 While he was last seen in Bareilly Ki Barfi, we are all set to see Rajkummar Rao playing the man opposite popular actress Aishwarya Rai Bachchan in Fanney Khan. The National award winning actor is undoubtedly excited about sharing screen space not just with the former beauty queen but also yet another star, the evergreen actor Anil Kapoor in the film.

Earlier, there were reports about Madhavan being a part of the film. Reportedly, there was a fight that brewed between the makers owing to the choice of the man who will romance Aishwarya Rai Bachchan in the film. It seems that Rakeysh Omprakash Mehra, who is a co-producer of Fanney Khan, wanted to bring in Madhavan for the role whereas Aishwarya was keen on getting Rajkummar Rao on board. Although co-producer Prernaa Arora rubbished the same adding that no actors ever interfere in the casting process, now it seems that the sudden replacement of Madhavan has further added fuel to the speculations.

On the other hand, Rajkummar Rao is more than happy to be a part of the film and described it as a great story and appreciated it for being detailed and different yet entertaining. He also asserted that he will be attending a lot of workshops and readings once he returns from Poland where he is shooting for the web-series ‘Bose’.

Furthermore, Rajkummar also revealed that he is friends with the producer Prernaa Arora of KriArj Entertainment and that they have been contemplating on collaborating for a while as they have been discussing films quite often. From what we hear, Rajkummar was informed of bagging the role for the film just two days ago. However, the actor refused to talk about any further details of the character.

According to previous reports, Fanney Khan is an adaptation of the 2000 Dutch film Everybody’s Famous! and it is being said that the makers have given their own Indian twist to the story. Also, the film marks the directorial debut of Atul Manjrekar.