After the stupendous success of Baaghi 2, Disha Patani seems to be riding high. While her name was always associated with many biggies in the past, this time around it seems that she has hit jackpot with one of the most awaited films. We are talking about the ambitious venture of director Ali Abbas Zafar – Bharat. It stars Salman Khan and Priyanka Chopra in the lead. 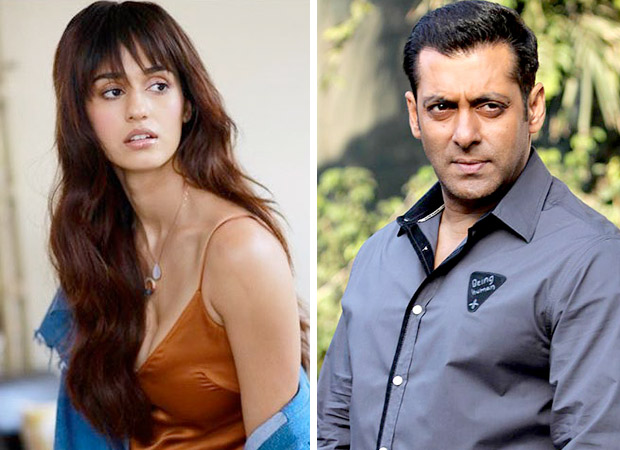 Disha Patani may not be playing the leading lady! However, reports suggest that her role is quite pivotal to the story. It is being said that she will essay the role of a trapeze artist in the 60s. However, further details on the same are yet to be revealed. Let us remind you that this Ali Abbas Zafar directorial will be spanning across many eras. The film explores the life journey of a man. It is the remake of the Korean film Ode To My Father.

Disha will be seen as a trapeze artist in a circus setup. The setup has been incorporated in the film as a tribute to the cult Raj Kapoor film Mera Naam Joker. Revealing details a source close to the film said, "Raj Kapoor is a legend and Mera Naam Joker is one of his most memorable films. Since his younger days, Ali has been a huge fan of him. With Bharat, he wishes to pay an ode to the veteran actor and his fondest memory of Raj Kapoor".

Welcoming Disha Patani to the cast, director Ali Abbas Zafar said, “The pairing of Salman and Disha in a circus set-up in the ’60s is unusual and exciting. She is a promising star. For this character, we needed a girl who looked vulnerable and beautiful yet had the physicality of an athlete. Disha fits the bill perfectly."

As a part of the prep, Disha is expected to learn the way trapeze artists the nitty-gritties of circus trade and trapeze artists. Interestingly, the actress has been trained in martial arts in the past. She has also been a gymnast for a few years.

Disha Patani, who is just a couple of films old in Bollywood has already signed on yet another interesting project with Bharat. The actress said, “I’m excited to be a part of Bharat, it’s like a dream come true to get an opportunity to work with Salman sir and I can’t wait for the journey to begin. I am a big fan of Ali Abbas sir’s work."

Speaking on Bharat, the film is produced by Atul Agnihotri's Reel Life Production Pvt. Ltd and Bhushan Kumar's T-Series. It will be shot extensively across various locations like Abu Dhabi, Spain, Punjab and Delhi.

Arjun Kanungo reveals how he landed a role…