Time and again it was Tiger Shroff who often left us in awe of his well-sculpted body. From his action-packed avatar in his debut Heropanti, the actor has continued to showcase his chiseled body in several films. Now it seems that his Baaghi 2 co-star and alleged girlfriend Disha Patani seems to have found passion for building up perfect abs. 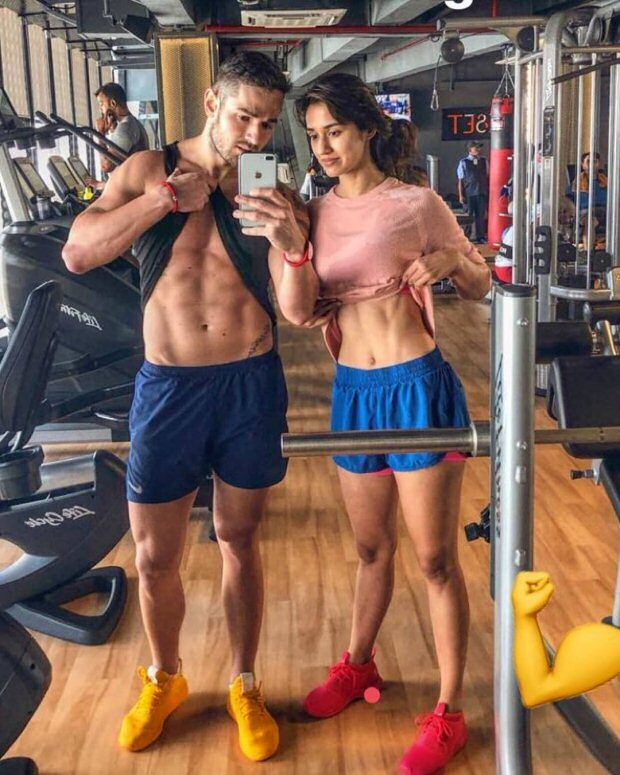 The last time we got a glimpse of her abs was when Disha Patani took to Instagram to share a picture of only her abs. Now, yet again the actress has managed to leave us impressed with another gym picture. This time around, the abs was toned further and it seems that her rigorous workouts have definitely paid off!

Let us tell you that this not a new found love for Disha Patani who has been a trained gymnast for years. The actress always was inclined towards fitness. And now, her recent picture of her flaunting her abs has gone viral on social media. Many fan clubs on these platforms are going gaga over Disha’s new look and the picture has been receiving immense appreciation from her well-wishers.

On the work front, Disha Patani is super thrilled with the recent success of Baaghi 2. She has also signed the much talked about multi-lingual period drama Sanghamitra which originally featured Shruti Haasan. Besides this, she is expected to play the leading lady in Mohit Suri’s next, a two hero project starring Aditya Roy Kapur and Sunny Singh.