Not too long ago, fans were in for a surprise when Bahubali director SS Rajamouli introduced the latest additions to the star cast of his directorial RRR. The lavishly mounted venture will now feature two top actors from Bollywood - Alia Bhatt and Ajay Devgn in crucial roles. And reports have it that while Alia will be an integral part of the narrative related to Ram Charan and Junior NTR, Ajay will have an extended but important cameo. 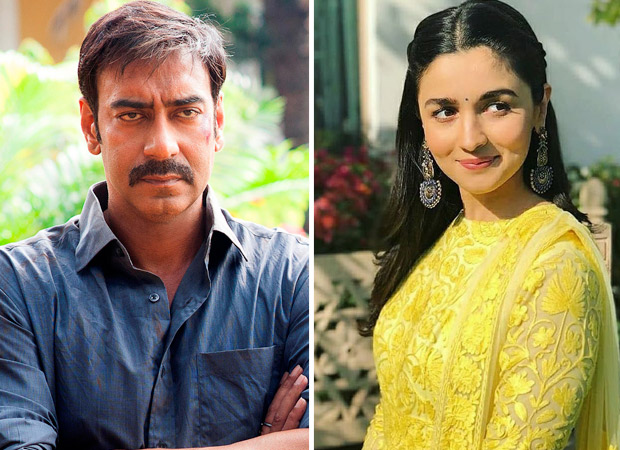 If reports are to be believed, Alia Bhatt is expected to play the character of a woman named Sita who is paired opposite Ram Charan. These reports further assert that her role is not just of a supporting character but her entry in the film will be at a crucial point which will bring changes to the narrative. While further details about her character are kept under wraps, the actress is expected to join the cast for the shoot next month.

On the other hand, Ajay Devgn is reportedly playing the role of a freedom fighter in RRR. For the uninitiated, Ram Charan and Junior NTR too are essaying the characters of freedom fighters albeit as residents of Andhra Pradesh. Whereas, Ajay plays the role of a North Indian freedom fighter! Reports assert that the actor’s screen time may not be too long but it is a very powerful role. The makers were keen on having the Bollywood star on board because it was an intense character. He is expected to feature in flashback episodes.

Let us remind you that Ram Charan and Junior NTR play the roles of freedom fighters Alluri Seetharama Raju and Komaram Bheem respectively. RRR is based on a fictional story weaved by Rajamouli about the brief time period when they went missing in 1920 and returned as freedom fighters. While there have been no details on what transpired when they had disappeared, the film is expected to be a fictional story based on that part of their lives.