Akshay Kumar is considered as a one-man industry as he’s known to commence and finish several films in a year, unlike no other actor. It’s hence no surprise that he always have at least 3 film releases in a year. Since the time Covid-19 pandemic hit the world, several actors haven’t had a single release. He has already presented four films to the audiences in the pandemic, two of which were in released cinemas. 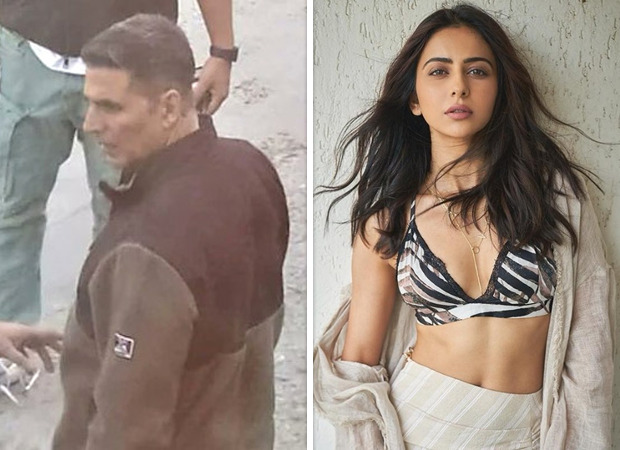 Bollywood Hungama has now found out that he has completed one more film today. The film in question is a remake of the acclaimed Tamil thriller Ratsasan (2018) and along with Akshay Kumar, it also stars Rakul Preet Singh and Sargun Mehta. A source told Bollywood Hungama, “This was the last schedule of the film and today was the last day. It was a brief shoot in Dehradun that we had today and by afternoon, we were done.”

Thanks to the leaked picture and social media updates, everyone were aware that the unit was filming in Mussoorie, Uttarakhand. Rakul and Akshay had posted pictures of them enjoying snowfall in the hill-station. The source added, “After filming in Mussoorie, we proceeded to Dehradun, located around two hours away. We filmed some key sequences here before the director called it a wrap.”

The film has been tentatively and reportedly being titled Mission Cinderella and a final title is yet to be locked. It reunites Akshay Kumar, director Ranjit M Tewari and producers Jackky and Vashu Bhagnani after the 2021 hijack drama, Bellbottom. In fact, days before Bellbottom released in cinemas, Akshay and others had already reached United Kingdom for the shoot of this film. On October 9, Akshay announced on social media that a significant portion of the shoot is over. It was in the first week of February this year that the shoot of the film went on floors in Mussoorie.

The trade and industry, meanwhile, are now looking forward as to when this film would be released in cinemas. “A lot of film release announcements are happening nowadays. This film is expected to release in 2022 itself. Let’s see when it makes it to the cinemas.”