Ranveer Singh is known for his unabashed and unapologetic behaviour; however some people think that a line needs to be drawn. The Gully Boy star attended Umang 2019, an event that is held annually as an ode to the police department. From Khans to Kapoors, a majority of the Bollywood stars perform for the unsung heroes.  While most of them posed with their fellow actors and the officers, Ranveer decided to take things up a notch. What was intended for fun, took a wrong turn with the fans. 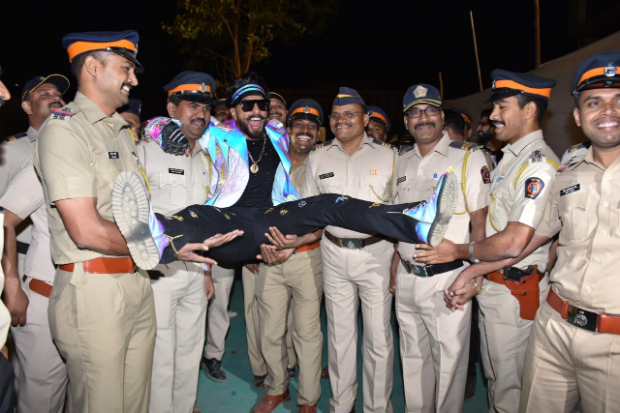 He posed for a picture with the constables where they are picking him up. Now, while others did not seem to mind the picture too much, some took offense and claimed that RS disrespected the khakhee clad men. They obviously took to Instagram to express their disappointments. One user posted, “Opps..vardi ki ijjat karna Chik le simba”, and like this there were many others too, check out some of the comments that the netizens left on the picture.

While the picture was not taken to offend anyone, do you think Ranveer needs to tone his quirky personality maybe just a tad bit?

On the work front, he is gearing up for Gully Boy that will hit the silver screens on 14th February and is helmed by Zoya Akhtar. This is probably the first time where the actor is rapping in almost every song in the movie. This is also the first time that Ranveer will share the screen with Alia Bhatt and we can’t wait to see their on-screen chemistry.