Nearly 12-13 years ago, Kurbaan director Rensil D’Silva had approached Karan Johar to make a film on the Kohinoor diamond. Upon hearing his idea, Karan Johar found the story to be too vast to be made into a film. Johar then suggested Rensil to first write a novel on the topic. And thus began the journey of researching and writing the Kohinoor Express. In an exclusive conversation with Bollywood Hungama, writer-director Rensil D'Silva opens up about his new book and tells us why it is an intriguing read. 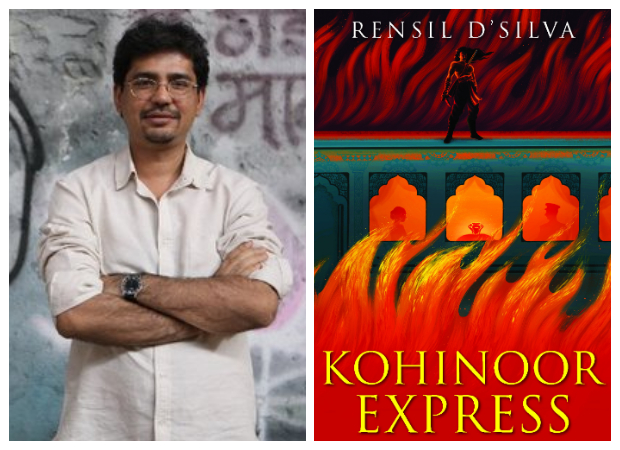 History has it, that the Kohinoor diamond is a popular gem that was stolen by the British when they were ruling India. However, not many are aware of the significance the Kohinoor holds and how it reached the Queen of Victoria. Rensil D'Silva who is popular for writing films like Rang De Basanti, Student of the Year, Kurbaan (writer, director) and writing and directing TV shows like 24 (season 1 and 2) started writing the book in the year 2014.

Talking about why and how he chose this topic, Rensil says, “Way back in 2006-2007, I got very intrigued with the Kohinoor which is in the tower of London. We all know from history that Kohinoor was taken by the British from India. When I started doing the research I found out that it is a cursed stone and only a woman can wear it. Whenever men have tried to wear it, kings or emperors have died very badly and history has proved time and again. Especially among the Mughals, brother has killed brother, son has killed father for it. Then I heard all about Kohinoor being Lord Krishna’s stone. It was called the Syamantaka diamond. It was given to Lord Krishna by Surya and when I put these two together I had my story.”

The whole idea of Kohinoor started with Rensil wanting to make it into a film. So, when asked if he still plans on adapting it to the screen after all these years, the director says, “I thought of writing a book and then making a series later, because when you have the book it is so much easier to make it as you have all the details, research, and characters.”

Of late, period drama films have taken center stage thanks to filmmaker Sanjay Leela Bhansali. However, the director also had to face the wrath of the Karni Sena when his film Padmaavat was about to release. The whole controversy surrounding the film had become a matter of national interest all of a sudden. If asked, whether he had to make changes to his book owing to recent controversies, Rensil said, “There cannot be anything controversial about bringing the Kohinoor back to India. No Indian will say, ‘no don’t bring the diamond back’. It only becomes a problem when you are taking a real-life figure or person from folklore and distorting that figure. In this case, there is no such problem because the characters I have are purely fictional. It’s not like I am taking a person from history and distorting what he or she did.”

While there is an element of fiction in the novel, characters such as Captain James Ramsay and Governor-General Dalhousie are true. The basic story is based on facts of the Kohinoor being transported from Punjab to Bombay and from there being shipped to London for the Queen. “All the history in the book is true, I could not make that up and I think that history is wider than any writer can write and it is all true. So when a reader reads they will be surprised that this happened with the Kohinoor. There is an element of fiction. My lead character Ajmera is fictional, while the villain Captain Ramsay is a true historic figure. So, it is a blend of fiction and facts," he adds.

Meanwhile, on the film front, Rensil D'Silva will next be directing a sports drama starring John Abraham. The story revolves around the life of bikers and will be shot at the Isle of Man TT (Tourist Trophy). The film will go on floors in the first quarter of 2020 and will be the first Hindi film to be shot in the Isle of Man.

Rensil D'Silva debut novel 'Kohinoor Express' is out now and available on Amazon.