R Madhavan, who was seen promoting Rocketry – The Nambi Effect that released yesterday, has been speaking about a wide range of topics. While he earlier revealed about his opinion about his Bollywood debut Rehnaa Hai Tere Dil Mein (RHTDM) remake, he also mentioned that he wouldn’t like to play Manu from Tanu Weds Manu anymore. After all that, in yet another set of reports, when the actor made a statement about some actors not giving ample time for their projects, it was fueled up to be a dig on Akshay Kumar, who was last seen in Samrat Prithviraj. 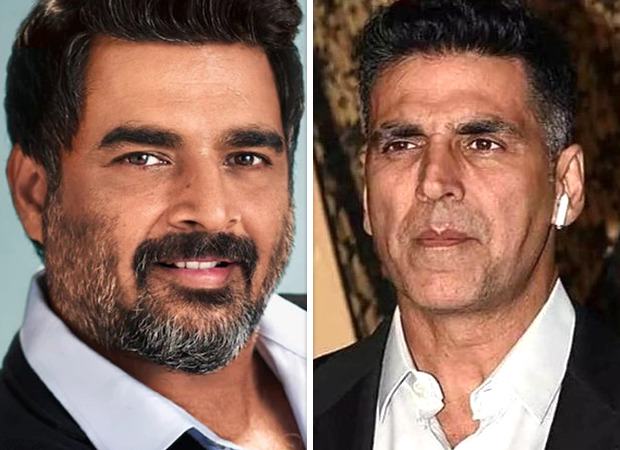 R Madhavan speaks up on lack of commitment from actors; Akshay Kumar reacts

A video of R Madhavan comparing actors who complete their films in 40-45 days to actors who dedicate a year or more for a project went viral on social media. In the said video, the Rocketry actor was seen saying, “Jaise ke Pushpa mein Allu Arjun ne woh character ko throughout maintain kiya hai. Woh kamaal ke dikhte hai aur dance bhi karte hain. Lekin uss film unhone uss character ko maintain karte hue unhone romance bhi kiya aur dance bhi. Toh mujhe lagta hai ki aisa ek actor ka commitment hota hai jahan pe filmein 3-4 mahine mein nahi banti par saalon lag jaata hai.” (For example, In Pushpa, Allu Arjun has managed to maintain his character throughout. Because we all know, he looks great and he is a good dancer too. But in this film, he has maintained his look so well that he has romanced and danced with that avatar. So it is basically the commitment of the actor where he doesn’t give dates for 3-4 months but dedicates a year or more towards the project).

Questioning about the same, Akshay Kumar was asked about R Madhavan’s comment during the song launch of Tere Saath Hoon Main from his forthcoming film Raksha Bandhan. The actor replied to it adding, “Meri filmein khatam ho jaati hai, main kya karun. Ab ek director aata hai aur kehta hai aapka kaam khatam. Toh ab kya main usse ladun?” (My films get over. When a director comes and says that your work here is done, what should I do? Shall I fight with him?)

Director of the film, Aanand L. Rai too added, “Inhone toh bol bol ke aisa kar diya hai ki main 40-45 din mein filmein complete kar deta hoon. Par, inka hisaab gadbad hai. Inhone logon ko gumraah kiya hua hai yeh bol bolke. 40-45 din kaunse waale, jahan yeh subah aate hain and shaam ko jab tak kaam na ho tab tak rehte hain? Inko pata nahi hai ki log inko bolke leke jaate hain 40-45 din par hote hain inke 80-90 din humare paas, agar aap time ke hisaab se calculate karein toh.” (It is because he kept saying he takes 40-45 days to complete a film and that has now become synonymous with him. But let me tell you that this is wrong information. Actually, by saying this, he has leading people astray with this statement because which 40-45 days are we talking about. The one where he starts at 6am and continues till our work is also done? I guess it is people who keep telling him that they have only 40-45 days of work. Because honestly, if you calculate as per time, he gave us about 80-90 days).