Salman Khan starrer Bharat is getting bigger and more anticipated with every new update. While this is the third collaboration between Ali Abbas Zafar and Salman Khan, the leading Priyanka Chopra is all set to return to Hindi films after the gap of 2 years. While she is busy with her new season of Quantico that premiered last night in the US, she is likely to begin the Bollywood film later this year, mostly in August 2018. 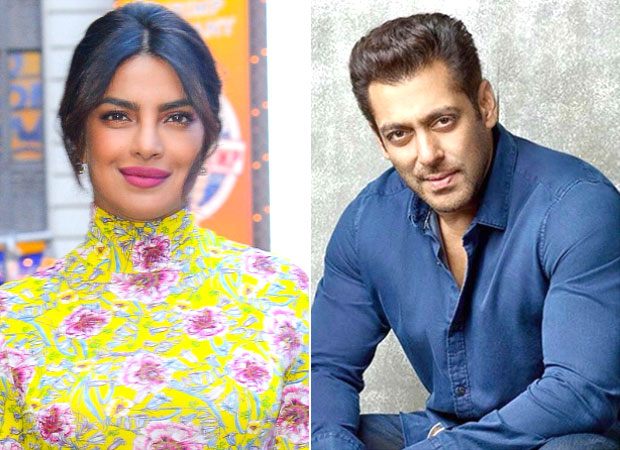 On the occasion of the Quantico season 3 premiere, Priyanka Chopra did a live Facebook session and answered many fan questions. She talked about the upcoming season, her next projects, Meghan Markle wedding to Prince Harry and Bharat. When a fan asked when is she starting shooting for the film, she said, "I think I'll start in August, this year. Not pretty sure yet."

Priyanka further revealed that she is heading to Assam today to shoot ‘Awesome Assam’ campaign video. For the uninitiated, she was roped in as the brand ambassador of Assam tourism in the year 2016.

During the conversation, Priyanka Chopra also revealed that her next film A Kid Like Jake is set to release on June 1 in the US. In the film, she plays a single mother and has a guest appearance. The film stars Claire Danes, Jim Parsons and Octavia Spencer.

Priyanka Chopra, who was last seen in Prakash Jha's Jai Gangaajal, is set to return with an out and out entertainer with Bharat. Speaking to international magazine Esquire, she revealed how the film is along with her next projects. She said, "I’ve finished up two films: A Kid Like Jake, which comes out in June. And Isn’t it Romantic?, which comes out Valentine’s Day 2019. I play a spoiled rich woman who is a yoga guru, which is not a thing. [Bharat] is the Indian movie I signed this year. It’s the quintessential Bollywood movie, which I haven’t done in many years. A lot of them were dramatic and thematic. This one’s going to be out and out entertainment. I’m excited! I haven’t been back to do a movie in two or three years now."

On joining the Bharat family, Priyanka Chopra earlier said, "I'm looking forward to begin shooting this film and working with Salman and Ali again after a considerable time. I’ve learned a lot from them in our previous collaborations and am excited to see what this one has to offer. I’m also looking forward to working with Alvira and Atul and the entire team of Bharat.”

Meanwhile, Priyanka Chopra’s Quantico season 3 will air on April 26, 2018, in the US. The show will premiere in India on April 28. Reprising her role as Alex Parrish, the small season will have 13 episodes. Quantico stars Priyanka Chopra as Alex Parrish, Jake McLaughlin as Ryan Booth, Johanna Braddy as Shelby Wyatt, Russell Tovey as Harry Doyle, Alan Powell as Mike McQuigg, with Marlee Matlin as Jocelyn Turner and Blair Underwood as Owen Hall.