Priyanka Chopra Jonas was recently seen starring in the comeback music video of Jonas Brother, Sucker. The actress called the video a fun family affair as it starred Danielle Jonas and Sophie Turner along with the Jo-Bros. The music video is topping the charts as the boys have come together after their hiatus that lasted almost a decade. The fans have been going bezerk over the video and it has a very Alice In Wonderland touch to it. She was also seen starring in the unusual romantic comedy, Isn’t It Romantic that released on Netflix. 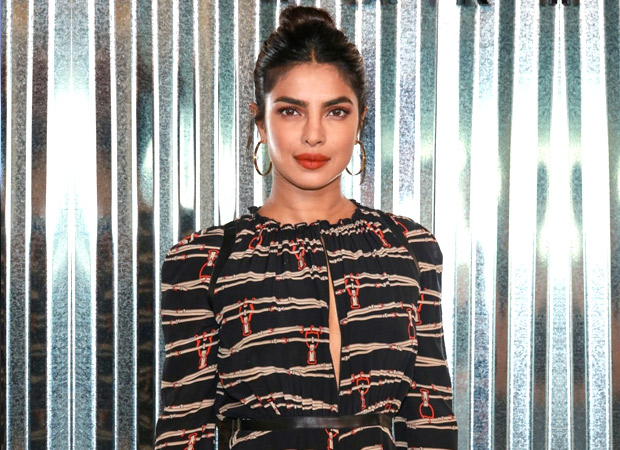 Being the busy woman she is, she is also doing a Bollywood film, The Sky Is Pink, with Farhan Akhtar and Zaira Wasim. In a recent interview, PC revealed a few details about her upcoming film and also said that her role in the film will age from 22 years to 60 years. Priyanka will be doing a role like this after 7 Khoon Maaf and says it was not easy. The movie is about a couple who loses their kid to an incurable disease, but it has a different take on death. It celebrates life rather than mourn the loss of it.

While Priyanka is juggling her schedule between both the countries, she recently flew down with her hubby Nick Jonas for her younger brother’s engagement ceremony.