Content Engineers & Dancing Shiva Productions announce their first association with powerhouse talents Pratik Gandhi & Patralekhaa. The renowned actors star in the biopic of social activists and reformers Mahatma Jyotirao Govindrao Phule and his wife Savitribai Phule, who were far ahead of their time in their vision and approach. The Hindi feature film will be written and directed by National Award-winning director Ananth Narayan Mahadevan and will be marketed and released all across the globe. 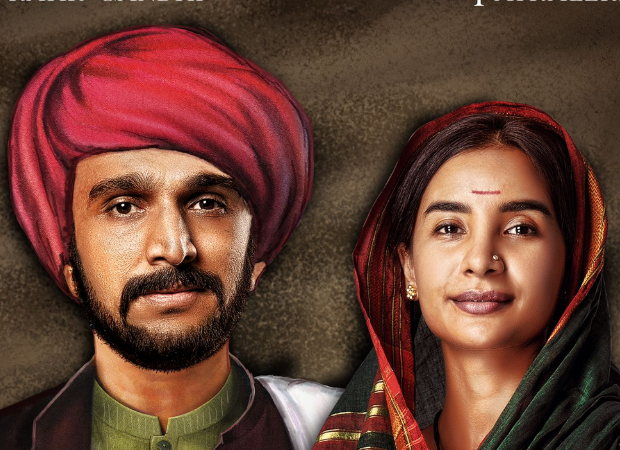 Pratik Gandhi and Patralekhaa to essay the roles of Mahatma Jyotirao Govindrao Phule and Savitribai Phule in Phule, first look out

The first look of Phule has been released today on Mahatma Phule’s 195th birth anniversary. The image has created much curiosity as both Pratik and Patralekhaa bear a striking resemblance to Mahatma Phule and Savitribai Phule. The activist-reformer had campaigned actively against untouchability and the caste system, founding the Satyashodhak Samaj (Society of Truth Seekers) demanding equal rights for the lower classes. Savitribai and Mahatma Phule were also the pioneers of women’s education.

An excited Pratik says, “It’s a real honour to take Mahatma Phule’s legacy to the world. Phule is my first biographical film and even though the challenges are huge, given the fact that he was such an inspirational Indian leader; it’s also a dream role and I can’t wait to get started. I remember saying yes immediately after hearing the narration. Some characters just come to you and I am glad that Ananth sir came to me with this film. It’s wonderful that Content Engineers and Dancing Shiva have taken the responsibility of telling an unexplored part of Mahatma Jyotiba and Savitribai Phule’s life to the millennials.”

An elated Patralekhaa commented on the much-coveted project. “I grew up in Shillong, Meghalaya, which boasts of a matriarchal society so gender equality is very close to my heart. Savitribai joined hands with her husband to start the first indigenously-run school for girls in Pune way back in 1848. Mahatma Phule also championed widow remarriage and together they set up an orphanage to prevent infanticide. This is one film that will stay with me long after it is over,” she asserts.

Writer, actor, director Ananth Mahadevan has made a name for himself with acclaimed biopics like Mee Sindhutai Sapkal which traces the real-life journey of a social activist who became a saviour for homeless children, Gour Hari Dastaan on a freedom fighter and his silent, 32-year war against his government and Doctor Rakhmabai based on the life of India’s first female practising doctor and more recently the highly acclaimed Mai Ghat and Bittersweet.

Says Ananth, “There are so many inspiring stories in our country that are still unknown or for some reasons kept under wraps by historians. Films are a great way to connect the younger generation to these unsung heroes. Jyotiba and Savitri Phule are the torchbearers of social revolution in India and I couldn’t have asked for a better cast and team that is backing this project.“