Kartik Aaryan, Bhumi Pednekar, and Ananya Panday starrer Pati Patni Aur Woh has received its fair share of mixed reactions. Some have liked it whereas slammed the makers for keeping a dialogue on marital rape. After backlash on social media, the actors and makers apologized for hurting the sentiments and revealed that they have removed the bit from the film. 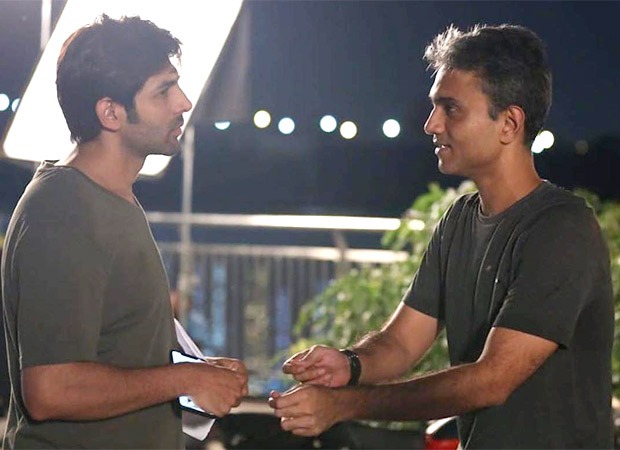 While Kartik Aaryan and Bhumi Pednekar admitted that it was a lapse of judgement when it came to the scene, Mudassar Aziz said the outrage was without even understanding the context. “A lot of people said the dialogue insinuated that marital rape is ok. What’s the line? A man seems to be saying ‘If I do this I’m called this, if I do that I’m called this also.’ Ninety-nine percent of men in the country do not even know when they are committing marital rape. Coming back home after work and waking up a sleeping wife, even if you indulge in foreplay, that’s not consent. A filmmaker presents that line in a film, everyone starts to tell him to remove that word from the film," Mudassar Aziz said.

He further talked about the reactions and how he took the backlash. "I laughed at it for two reasons. There's a term in the English language that got coined centuries ago when guns came out and it's called trigger happy. I think we belong to a generation that is finger happy. 'There's something that's come out, I have to react to it. This country is working because I'm reacting. If I don't react then, this country would shut down.' This is a part of the finger happy generation. This finger happy generation is not waiting to understand what is happening, what is the context of it. The trailer is good but they won't write about it. That person will be the first one to watch the film but typing out the issue is more important at that moment. The dialogue said is in what context, a person who thinks like that what happens to him and what is the result of it - should i watch it first and then pass a judgement? No. They have fingers and they will go and say it and it's free," he said.

The makers removed the part from the film and even reshot some portions of the song 'Dilbara' within 24 hours earlier this week. "Coming to the removal part, we have to understand a slightly more collaborative way that on one side you are saying you want to create awareness but a filmmaker is not able to say the rape. But, you are talking about rape awareness. How are you going to do it? If you don't define it then how is it going to happen? And going beyond that if someone says the word Balatkar 25 times, but you'll laugh so much in the scene. Then someone wants to talk about something relevant, then you find this as a past time. That's not how we should do these things. Otherwise, if we are doing such things, we need to talk about it so the future generation is aware. Today, according to me, even a 12-year-old should know what is rape and even a 15-year-old should know the definition of consent backwards. Before touching another boy, girl, man woman or child, they should be aware of what consent is. If you are not going to talk about it then we'll stay in the caves as long as you want. You are not going to find a solution."