Ayushmann Khurrana yet again will be seen in an unconventional role in the forthcoming film An Action Hero and while the film has elements from the film industry, it seems that it also included remix of the iconic number ‘Aap Jaisa Koi’. In the film, the song is picturized on the leading man and Malaika Arora. It seems that Pakistani actor Adnan Siddiqui who came across the remix version is not happy about it. He took to social media to take a dig at the new version as he compared to the original track from the 1980 film Qurbani. 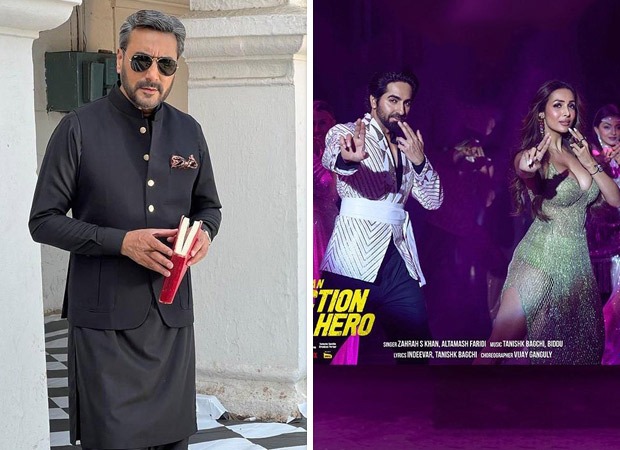 Taking to Twitter, Adnan Siddiqui expressed his thoughts about the ‘Aap Jaisa Koi’ remake. For the unversed, while the new version was sung saying, Zahrah S Khan and Altamash Faridi, the old version was sung by Pakistani singer Nazia Haasan. The music was composed by British Indian music composer Biddu and it was recreated by the popular Tanishk Bagchi. Comparing it to the older version, Adnan’s tweet read, “Is there something in the air that the world has suddenly developed a penchant for ruining perfect classics? Even re-creation requires talent. Nazia Hassan must be turning in her grave. #AapJaisaKoi nahi..”

Is there something in the air that the world has suddenly developed a penchant for ruining perfect classics? Even re-creation requires talent. Nazia Hassan must be turning in her grave. #AapJaisaKoi nahi..

Not just him, many of the social media users too slammed the ‘Aap Jaisa Koi’ remix. One of the fans commented, “This is pathetic rendition of an immortal classic number by the late stunning Nazia Hassan ji is absolutely atrocious..!” Another fan added, “#AapJaisaKoi jaise iconic song ki tumne ye dasha ki hai… ZeenatAman ji ke to aakhon mein se khoon nikl jaaega Malaika ko dekhke. Aur poori duniya mein #NaziaHassan ji ki awaz nhi ho skti kisi ki! (What have you made of the song… Zeenat Aman will bleed through her eyes after seeing Malaika… no one can have a voice like Nazia Hassan).”

An Action Hero directed by Anirudh Iyer and it is slated to release on December 2, 2022.