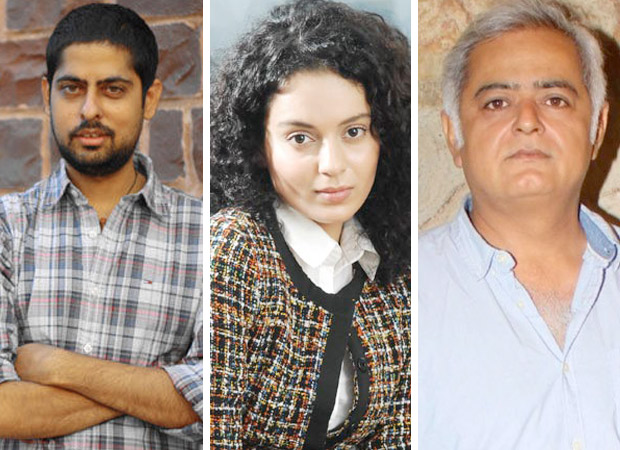 Besides Manikarnika - The Queen of Jhansi, everyone is eagerly waiting to see the feisty Kangna Ranaut in her other film Simran. After having started off on an extremely positive and peaceful note, the film began to witness rough weather over the last few days. The reason being, the film’s trailer credited Kangna Ranaut as an ‘additional story and dialogue’, which just did not go well with the film’s writer Apurva Asrani. He took to the social media and wrote his heart out and also stated that he felt ditched and accused both, the film’s director Hansal Mehta and actress Kangna Ranaut, for disrespecting his work.

The latest update is that, the well-known lyricist Varun Grover has now slammed Hansal Mehta for maintaining a stoic silence over Simran’s credit controversy by taking at a dig at the film maker on the social media. Varun Grover took to the social media and posted, “Making films about oppressed people while oppressing the writer, the lowest in creative world hierarchy - you lose all respect Hansal saab.” Not the one to stop at that, he also took a dig at Kangna Ranaut by citing her own dialogue from Queen, which stated "Mera sense of stealing credit bahut achha hai. Aapko dheere dheere pata chalega. – Queen”

The Hansal Mehta directed Simran, which went on floors in October last year, stars Kangna Ranaut in the lead role. The film is slated to release on September 15 this year.