Just earlier this week, we had reported that Devi Sri Prasad and Salman Khan has parted ways due to creative differences. However, it has now been reported that the popular musician will be collaborating with Salman Khan for the latter’s forthcoming project which is tentatively titled Bhaijaan (also known as Kabhi Eid Kabhi Diwali). While details are currently being kept under wraps about the music, yet another piece of information that has come to light is that the musician will be collaborating with rapper-singer Yo Yo Honey Singh. 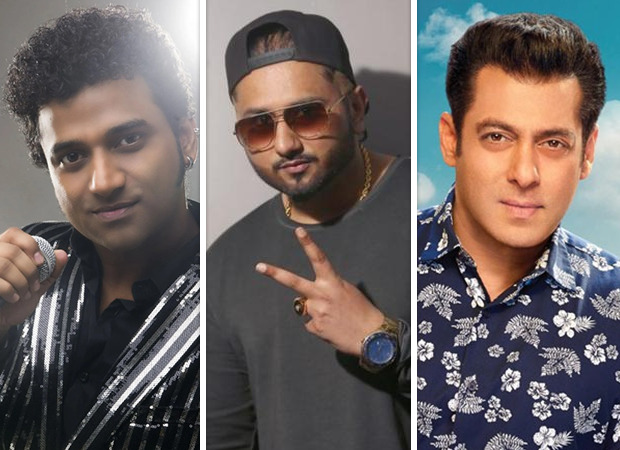 BREAKING: Musician DSP aka Devi Sri Prasad & Yo Yo Honey Singh to collaborate for the first time for the song in Salman Khan starrer Bhaijaan

“In fact this will be the first time we will see such a blockbuster combination of the trio for a song,” informed a source to Bollywood Hungama. Interestingly, this will be the first time where YoY o Honey Singh and Devi Sri Prasad will be collaborating on a song. In an earlier report, the source had revealed that Salman Khan is going all out for his next. “Salman is leaving no stone unturned to make his next an entertainer. He is clear on making it an event film, and doesn't want to compromise on any aspect, including the music," the source had added.

We have also mentioned in our earlier report, that Salman Khan will also be doing an extensive song with South superstars like Ram Charan and Venkatesh Daggubati. Describing the song, the source had revealed, "It's an important song of the album and the ones on the set can't stop grooving to the tunes and visuals of it." We wonder if this latest collaboration is a part of this interesting track.

Speaking about his next, there are also several rumours about the title of the film. From Kabhi Eid Kabhi Diwali to Bhaijaan, there are a few titles that are doing the rounds. Also co-starring Pooja Hegde as the leading lady, the film also features Siddharth Nigam, Jassie Gill, Raghav Juyal and Shehnaaz Gill in lead roles. Directed by Farhad Samji, the film will be produced by Salman Khan himself.

Also Read: DSP aka Devi Sri Prasad and Salman Khan part ways on Bhaijaan; Salman to rope in multiple composers for the movie