Ekta Kapoor’s Mental Hai Kya is one of the most awaited movies this year, all thanks to the fact that we will get to see the Queen pairing Kangana Ranaut and Rajkummar Rao all over again on the big screen. The movie does not seem to be a love story. On the contrary the leads are loggerheads at each other through out the movie. 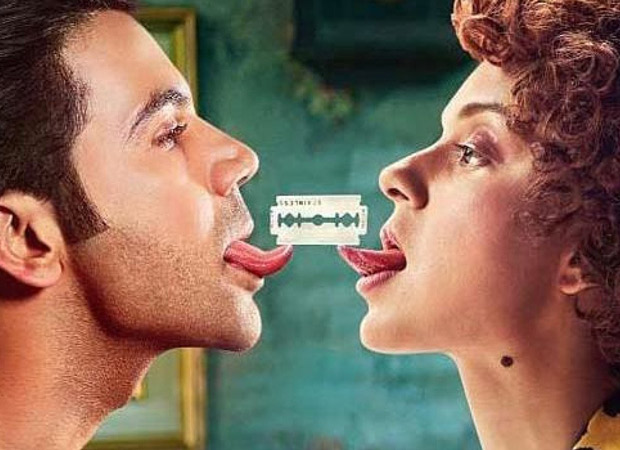 Mental Hai Kya: Rajkummar Rao and Kangana Ranaut to FIGHT IT OUT in this murder mystery

The motion picture of the movie has been released and it showcases both Kangana and Rajkummar all set to have a fiery BATTLE. The poster is blazing with fire and it leads seem pretty peeved with each other on screen. The makers will release the trailer of the movie soon. There is caption given at the end of the motion picture and it reads: "They're here to set fire to your perceptions. Trust No One!"

Both Kangana and Rajkummar pry on each other with Kangana always being suspicious and trying to intrude in her neighbour, Rajkummar’s life making his hackles rise. Their cynical approach towards each other results in the game of one-upmanship. And when two crazies collide, there is bound to be an explosion!

Director Prakash Kovelamudi elaborates, "Kangana and Rajkummar are quarreling neighbors, pitted against each other in the film.

Kangana’s character is suspicious of the world around her and she is constantly inquisitive about her neighbor's life. Her probing nature provokes Rajkummar that results in them sharing squabbling chemistry in the film. Their bickering banter unfolds in an interesting way on the big screen and I am excited to showcase them in this light.”

Mental Hai Kya is an intriguing thriller with doses of quirk which will encourage everyone to embrace and celebrate their individuality and distinctiveness.

Ekta Kapoor put out the motion poster with a disclaimer, “D film in no way marginalizes d mental health community & d title of our film doesn’t intend 2 disregard any1 sentiments. It is sensitive towards d issue of mental illness. A fictional thriller dat encourages you 2 celebrate Ur uniqueness & embrace Ur individuality.” Check out the motion poster here.