Kangana Ranaut, who is gearing up for her next release Mental Hai Kya, has been in news after her sister Rangoli Chandel has been lashing out on filmmaker Karan Johar! While that rivalry on nepotism continues to increase, Kangana also has some well-wishers in the industry. The actress recently met up with one such well-wisher - veteran actor Anupam Kher and not surprisingly, she was thrilled to see him. 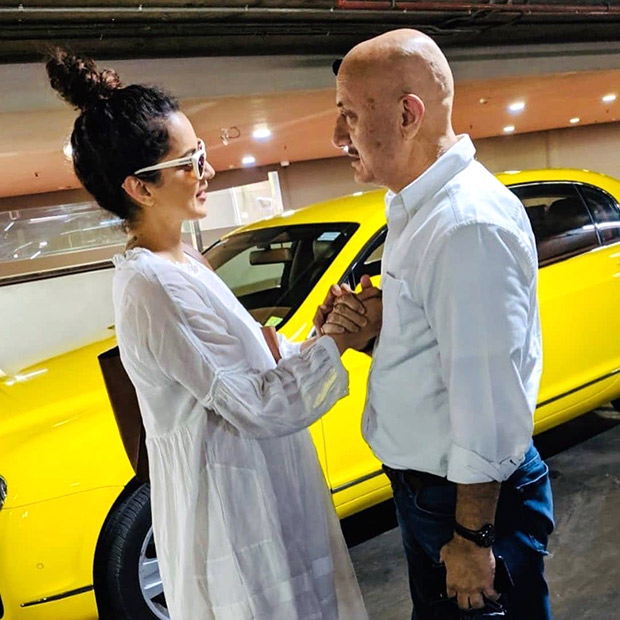 In a recent post on social media that was shared by Anupam Kher, the veteran actor shared a series of posts when he bumped into Kangana Ranaut at the Mumbai airport. The two actors seem to have had an interesting interaction and Anupam also expressed his happiness over the platform. On the other hand, Kangana too spoke about the meeting. She said, “It's a pleasure to meet likeminded people who understand the art and are able to match the wavelength. Meeting @anupampkher ji is the same feeling, always makes my day!" Here’s a look at the photos:

Always a pleasure to meet one and only and my favourite #KanganaRanaut. ????????

Speaking of films, Kangana Ranaut will next be seen in Mental Hai Kya opposite Rajkummar Rao. The film is slated to release on July 26. On the other hand, she has also been working on Ashwiny Iyer Tiwari’s Panga in which she plays the role of a kabaddi player. In earlier reports, we had also mentioned that Kangana will start work on her debut directorial as well as her own biopic! She has also been brought on board for a film on Tamil Nadu actress-politician Jayalalitha which has apparently been titled Thalaivi in Tamil and Jaya in Hindi.