Last Updated 27.11.2022 | 9:24 PM IST
feedback language
follow us on
Bollywood Hungama » News » Bollywood News » Saand Ki Aankh: Taapsee Pannu had to be PREGNANT on screen so many times that she doesn’t even remember the kids’ names

Saand Ki Aankh starring Taapsee Pannu and Bhumi Pednekar are set to impress us by depicting the life of Chandro and Prakashi Tomar, India’s first women sharpshooters. They are all excited to play these feisty women in their 60s on screen and there is so much expected from them because it is such an interesting topic. 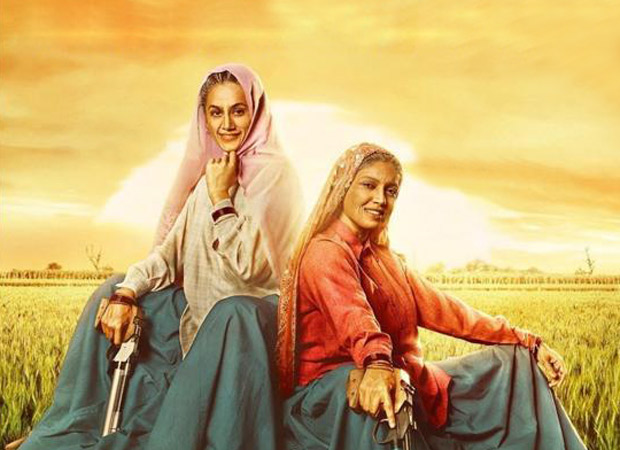 Saand Ki Aankh: Taapsee Pannu had to be PREGNANT on screen so many times that she doesn’t even remember the kids’ names

Taapsee spoke about her character and revealed a lot about the same. She said that she had to look pregnant a lot of times on screen as the transition from young to old woman is shown in the matter of just 10 minutes on screen. She also said that because it had to be shown so quickly, she does not even remember the names of the kids.

She was also all praises for her co-star Bhumi Pednekar. She said that Bhumi is a very intelligent actor and she is very prepared with her roles all the time. She takes notes before she plays out a scene.

Taapsee is shooting for Anubhav Singh’s Thappad next.

Also Read: Taapsee Pannu reveals she NEVER wanted to be an actress!