Manikarnika – The Queen of Jhansi may be doing well at the box office but it is also equally true that the film is neck deep in controversy. Many actors and the director of the film, Krish have blamed Kangana Ranaut for throwing her weight around and also for completely taking solo credit for the success of the film. Followed by an interview given by the filmmaker Krish to Bollywood Hungama, Rangoli Chandel heavily slammed the filmmaker. But now it is time for the director to give it back and he has also posted screenshots as evidence. 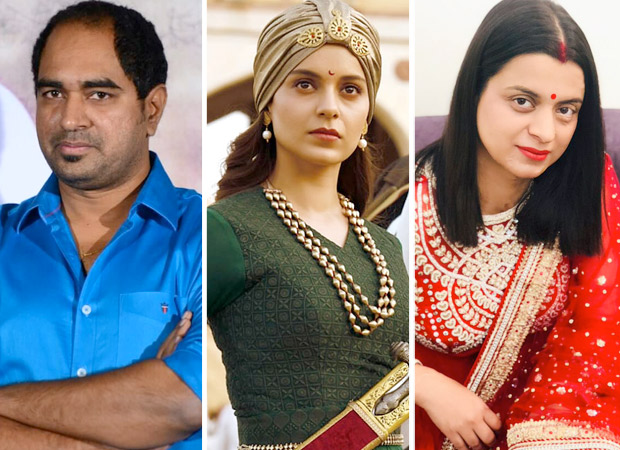 The evidence is a chat conversation he had with the former editor and one of the ADs [Assistant Directors] from the sets of Manikarnika – The Queen of Jhansi. According to the chat, the said editor insisted that Krish should receive more credit than he gets because he has shot more than 70 percent of the film that was released. In the same chat, he has also mentioned that, in the version shot by Krish aka Radha Krishna Jagalarmudi, the film featured the importance of many characters like Tatya Tope, Sadashiv Rao, Kashi, Ghulam Ghaus Khan, Peshwa, Gul Mohammad, Gangadhar – all those characters from history who played an important role in shaping Jhansi and the life of queen of Jhansi, Manikarnika.

This is from the editor who edited n later replaced.. the question is not about who shot how much., but its about proceess which everything has been done with ulterior motive n with a poor taste. Pls realise ur lies r making things worse pic.twitter.com/QeA5aCDWtS

On the other hand, the chat with the AD clearly indicates that there were many portions from the film which were altered and modified with characters being chopped off without any reasoning. “Just by coming on the set and shooting some patchwork, I wouldn’t call it direction,” added the AD who worked with Krish and Kangana.

These r the future film makers I came out n spoke for, so that they wont face these humiliations.. pic.twitter.com/YV4YoAmrYm

For the uninitiated, Krish had earlier given an interview about Manikarnika – The Queen of Jhansi and what transpired between him and Kangana Ranaut after the film went on floor. The director had asserted that he had completed a major chunk of the film unlike what Kangana had claimed and that most of the portions were shot appropriately. On the other hand, the Manikarnika actress had a different version wherein she asserted that she had to re-shoot major portions of the film because she wasn’t convinced with Krish’s work.

While this controversy soon led to trollers trolling Kangana for Manikarnika – The Queen of Jhansi, Rangoli Chandel went on to defend her sister by posting screenshots of Kangana’s conversation with Krish when the former had apparently invited the filmmaker for a screening of the film on December 6 last year. Soon the director decided to respond to these allegations by sharing screen shots of crew members who either worked on the project before or continued working on it.