Sara Ali Khan and Janhvi Kapoor are the star kids that have made a mark in the industry with just a handful of movies. Janhvi is considered as the trendiest kid on the block and she has only done one film, while Sara has done a couple of them and is one of the most talked about celebs today. Now, whenever two leading actresses are doing well in their spaces, it is assumed that there is an unspoken rivalry that goes on between them. Be it among Deepika Padukone and Alia Bhatt or Sara and Janhvi for that matter. 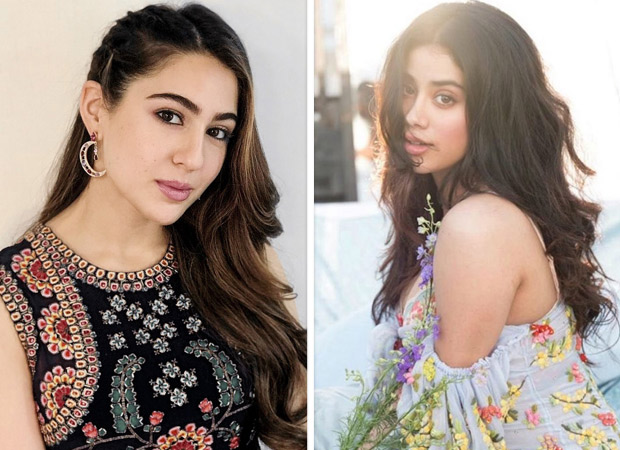 The duo is usually seen leaving the gym together and are good friends. We’re all for girls uplifting each other, but to see two Bollywood actresses appreciating and praising each other is endearing. While there were speculations about the two actresses giving each other a tough time, Sara effortlessly rubbished all the rumours. She has already been open about the fact that she stops herself from bingeing on junk food whenever she comes across a picture of Janhvi leaving the gym!

Now, to add a cherry on top of the cake, she admitted that she follows Janhvi’s Instagram and is low-key obsessed with it! If that isn’t one of the cutest confessions, I don’t know what is! On the work front, Janhvi will next be seen in Karan Johar’s magnum opus, Takht. As for Sara, there are speculations of her joining the cast of Love Aaj Kal 2, however, there haven’t been reports confirming the news.