Actress Richa Chadha after giving impeccable performances in various indie films during the course of her career like Gangs of Wasseypur, Masaan, Love Sonia, has also dabbled successfully with successes in commercial cinema with films like Fukrey, Fukrey Returns, amongst other. Thus proving she can fit in any role and can be a part of any kind of cinema with finesse. After playing a lady gangster in Fukrey series, soon Richa will be seen in a biopic on south sensation and adult star Shakeela. It was earlier reported Richa learnt belly dance for one of the dance sequences in Shakeela which will soon be released. This is the first time Richa will be seen performing on a belly dance number on celluloid. 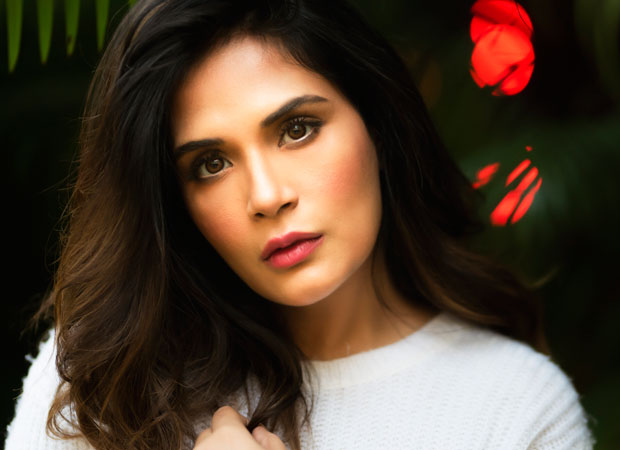 After having trained briefly in this dance form, Richa Chadha found an affinity to the dance form and spent time to research on it curious to learn more of the dance. Now it's been learnt that Richa has taken the belly dance form more seriously by taking it to the next level and she will soon start learning tribal belly dance to hone her dancing skills further.

Richa who learnt the belly dance first for her film found love for the dance form and wanted to explore this middle eastern dance form by learning the act overseas from experts. Richa through her thorough research travelled to Kazakhstan which is considered to be one of the prominent countries to host various belly dancing school. To add a twist to her learning she went through an extensive tribal belly dance training workshop which was held by one of the world’s biggest figures in the space - Olga Meos. Tribal Belly dance is fusion dance form clubbed with Tribal dance and Middle Eastern Belly dance. It was originated in the US which was later evolved through various mystical eastern dance forms including Odissi.

Richa who just returned from doing the course in the dance form expressed, “I came across this particular style of dancing while doing some research for Shakeela. In the film Shakeela there is one song in the film in which there is little section of belly dance so I was going to research for it and I came across this particular style on YouTube and as I researched a little more on it i discovered that this style had very oriental routes, not just Asians and the Middle East or Gulf of Muslim countries. There was a group of belly dancers gypsy women who have travelled to the Eastern coast of India. It has elements of Odissi, it has elements of Kalbeliyan dancers. So I went in purely from an academic interest and I ended up being a big of the style and i will go for many courses if possible because i just loved the experience of going and learning something. You know when you become famous you are an actor in this country it's always good to go away and remind yourself to be humble and start from the scratch may be in other field and see how that feels. It was very enjoyable for me to just be a student again. I also do it to be fit I do it especially the stomach isolations and movements like that are very good to make your core strong and lot of this requires extreme focus. That's why you see belly dancers don’t make a lot of facial expressions because they are focusing on that one particular muscle that needs to twitch right so it's very very difficult but it's a beautiful mystical art form.