Earlier, in September this year, Bollywood actress Kriti Sanon and South star Prabhas sparked dating rumours. The excitement and curiosity among the duo’s fandom increased given the fact that Kriti and Prabhas will be sharing the screen space in Om Raut’s magnum opus Adipurush. While a section of netizens is eagerly waiting to get a confirmation of the same, Sanon’s Bhediya co-star Varun Dhawan seems to be giving an update recently on the sets of the dance reality show Jhalak Dikkhla Jaa Season 10. 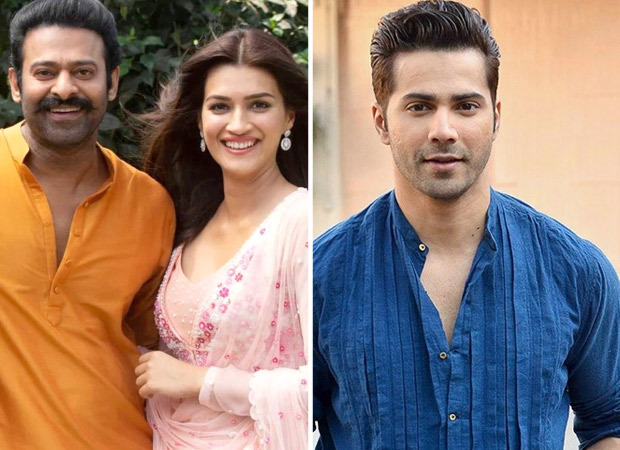 For the unversed, Kriti and Varun had appeared in one of the recent episodes of the popular dance reality show to promote their recent release Bhediya. During a fun segment, judge and filmmaker Karan Johar had a fun banter with Varun on the stage. During their conversation, KJo asked Varun to list the name of a few eligible single women from Bollywood. As he did not mention Kriti’s name, Karan asked Varun to explain the reason.

Though Varun did not clearly name Prabhas, it is worth mentioning that Prabhas will soon collaborate with actress Deepika Padukone for a Nag Ashwin directorial, which is tentatively titled Project K. Kriti and Prabhas are yet to make an official announcement of their rumoured relationship.

Coming to the 32-year-old actress's professional commitments, she is currently bagging praises for her performance in the Amar Kaushik directorial. The film, released on November 25, was also released in Tamil and Telugu.