Karan Johar's Dharma Productions is bankrolling the sequel of Dostana which released in 2008. Dostana 2 stars Kartik Aaryan and Janhvi Kapoor and marks the debut of Lakshya. Karan Johar promises that the representation in Dostana 2 won't be caricaturish. 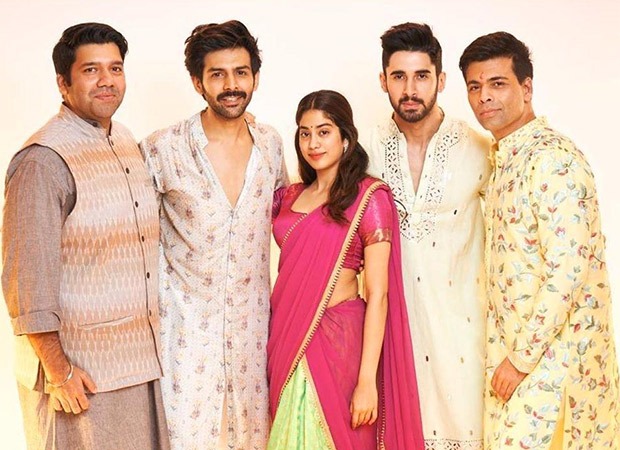 On Sunday, Karan Johar was speaking at We The Women session titled ‘Ten things men must change about Bollywood curated by Barkha Dutt. When asked about the film, he said, “The evolution is from one Dostana to the other. Dostana one that released in 2008 and the Dostana 2 that’s releasing in 2020, you will see that the representation is accurate, non-caricaturish and on point, talking about sexuality in a way that will not make you cringe while watching it. So therein lies the fact that in the last 12 years, there has been a solid change in the way we depict gay characters. Even in Kapoor & Sons and the way it was depicted."

Dostana starred Priyanka Chopra, John Abraham, and Abhishek Bachchan. It revolved around two men who fall for the same girl and pretend to be a gay couple to share an apartment with her.

Further being asked about representation of item numbers and how he felt about it by putting it in his films. "I didn’t think that there were going to be repercussions... Cinema is such an impressionable medium. It were just things that you didn’t think of and then when you’re told, you realize that they are true, you’ve to apologize to the society that you possibly scarred as a result of what you put out there. I can’t take back those songs that I put out there in cinema that have objectified women but I can say for a fact that I will not do it again,” he added.