Kartik Aaryan and Janhvi Kapoor, who will be sharing screen space for the first time in Dostana 2, have completed the first schedule of their film. The team wrapped up the shooting in Punjab after several long night shoots. 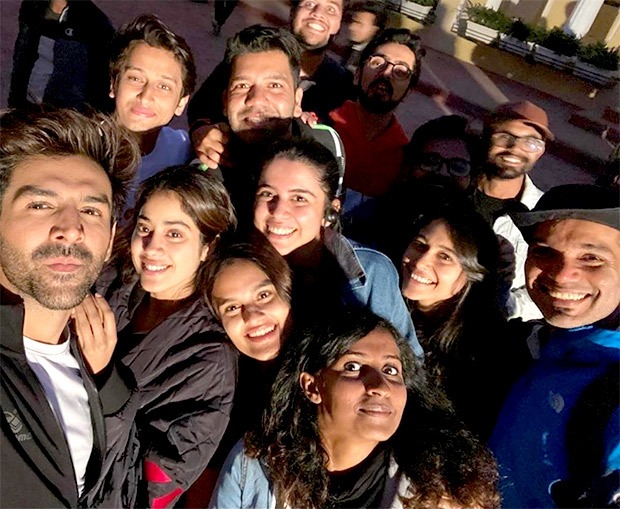 Kartik Aaryan took to Instagram to share a few photos from the shoot. "Nyt shoot ends and so does #Dostana2 ka Punjab Schedule First Schedule Wraps @karanjohar @collindcunha @janhvikapoor @itslakshya #Patiala (sic)," he captioned the post. Janhvi too shared a group photo on her Instagram story.

While heading back to Mumbai, the team kept themselves entertained. Kartik Aaryan and Janhvi Kapoor were seen playing Bollywood charades in the flight while making their trip more interesting. Janhvi and Kartik were seen getting into arguments which was fun to watch.

.@janhvikapoor & @kartikaaryan along with the teams play charades in flight after wrapping up their schedule | @realbollywoodhungama

Dostana 2 is directed by Collin D'Cunha and is penned by Navjot Gulati, Sumit Aroraa, Rishabh Sharma. The film is scheduled for 2020 release. It is a sequel Dostana, which starred Priyanka Chopra, John Abraham, and Abhishek Bachchan and released in 2009.