Last Updated 09.12.2022 | 8:34 PM IST
feedback language
follow us on
Bollywood Hungama » News » Bollywood News » Karan Johar opens up about ‘Marvel-ous’ universe of Astras; says, “Each astra can be a franchise in itself”

Exploring the rare theme of Indian mythology, Brahmastra is a fantasy adventure film that seems to be receiving a positive response from the audiences. Amidst Bollywood films facing several challenges to earn box office collections, the Ranbir Kapoor, Alia Bhatt starrer has been doing well. During the recent event of FICCI, filmmaker Karan Johar, who produced the big-budget, VFX-heavy film, spoke about it and also opened up about how vast the subject is. 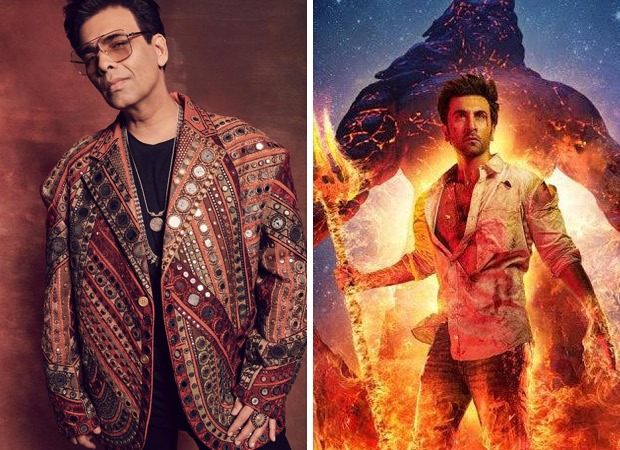 Karan Johar opens up about ‘Marvel-ous’ universe of Astras; says, “Each astra can be a franchise in itself”

In the recently held FICCI (Federation of Indian Chambers of Commerce & Industry) event, Karan Johar broached the topic of Astras, wherein he explained that the film has explored so many Astras like the Nandiastra, Vanastra, Jalastra and how considering how massive the description of each one of them is, it can create an entire universe in itself. Speaking about Brahmastra, filmmaker Karan Johar said, “Each Astra can be a massive movie and a franchise itself. Can you imagine what this one film can really do if we make the right move in the future? It is actually a creator of a ‘Marvel’ous universe.”

While he elaborated on how huge each of these concepts can be created, he also referred to the popular Marvel Universe. The universe of Marvel characters is possibly one of the biggest comic franchises across the world.

Coming to Brahmastra, the film featured Ranbir Kapoor and Alia Bhatt in the lead role along with Amitabh Bachchan, Nagarjuna, Mouni Roy in pivotal roles. Directed by Ayan Mukerji, the first installment of the trilogy, Brahmastra Part One released seven years after it was announced. The film hit the big screens on September 9 in three languages which includes Hindi, Tamil, and Telugu.