Kangana Ranaut has never shied away from putting forth her point unapologetically. She has always been a part of the controversies and doesn’t seem to be affected by them anymore. She has clarified that she was being targeted by most of the celebrities in Bollywood during an event for her movie Manikarnika – Queen Of Jhansi. 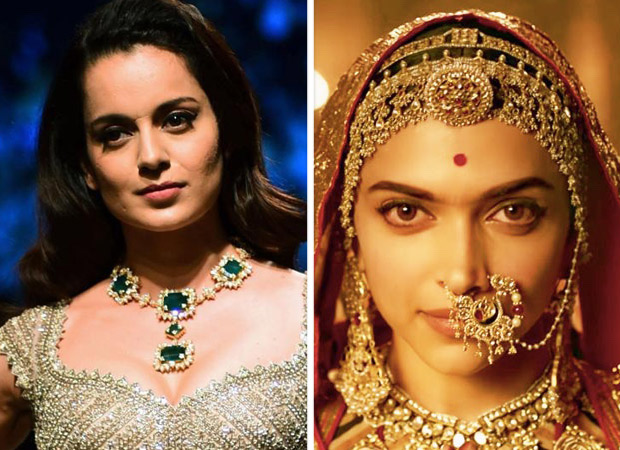 In a recent interview, Kangana Ranaut revealed that she was offered the script of Padmaavat before Deepika Padukone. However, the conversation did not go anywhere since she was already committed to Manikarnika. She also says that prior to Padmaavat, director Sanjay Leela Bhansali wanted her to do the Ram Leela song which later was performed by Priyanka Chopra Jonas. She even went on to talk about how Sanjay Leela Bhansali influenced her childhood with his impeccable filmmaking.

Kangana Ranaut even elaborated how she watched Devdas in the theatre when she was 13-14 years of age. As of now, she has a few movies lined up including Panga, Mental Hai Kya, Jaya, and Imli.

Also Read: Kangana Ranaut opens up about her preparations for the role of late Tamil Nadu CM, Jayalalithaa