Padmaavat Movie Review: Padmaavat is a spectacular looking period film that matches international standards. But the film isn't just body beautiful. It has soul too. 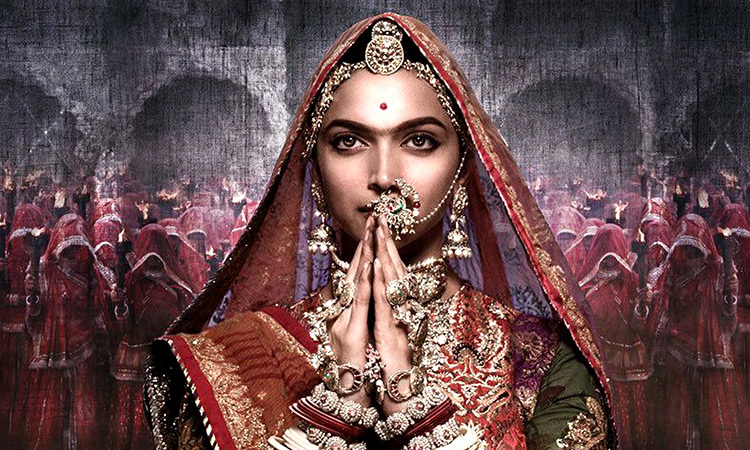 Something I wrote about BAJIRAO MASTANI holds true for PADMAAVAT as well...
“It’s a pre-requisite to possess a mega budget, have exhaustive knowledge of the subject matter, possess nerves of steel to handle the gigantic cast/crew and last but not the least, the vision and fortitude to bring a historical to life on celluloid in today's times. You can face instant rejection from the paying public or face controversies and protests for deviating from facts. The film-maker has to walk a tight rope.”

PADMAAVAT – everyone’s aware – has made it to the front page of newspapers and on prime time news on national television. It’s the most talked-about, voraciously discussed and hotly debated film of our times. The mileage it received – nationwide and internationally – has only enhanced the curiosity. Everyone’s curious to watch, examine, evaluate and scrutinize PADMAAVAT. The stakes are high and so are the expectations.

The moviegoer in me is enthralled by historicals and mythologicals. I’ve vivid memories of the classics helmed by the doyens and stalwarts of Indian cinema, such as Sohrab Modi, K Asif and Kamaal Amrohi. Ramanand Sagar’s RAMAYAN and BR Chopra’s MAHABHARAT – on television – were much revered, while Ashutosh Gowariker’s JODHAA AKBAR and SS Rajamouli’s BAAHUBALI [1 and 2] reignited my love for period films.

I am no historian to comment on how authentic PADMAAVAT is, but as a cinematic experience, Sanjay Leela Bhansali’s latest endeavour left me mesmerized. Let’s come to the point right away: PADMAAVAT is a spectacular looking period film that matches international standards. And it’s not merely a stunning looking film, it’s well structured too: The love story, the simmering tension, the conflict that ensues, the dramatic altercations, the battle sequences and the nail-biting finale... PADMAAVAT brings the past vividly to life.

Final word? PADMAAVAT is not just body beautiful. It has soul too. Delivers solid drama with a terrific climax. It won’t be erroneous to state that PADMAAVAT is Bhansali’s most accomplished movie to date.

When you think of Sanjay Leela Bhansali, the first thing that crosses your mind are the exquisite frames and gorgeous visuals [recall HUM DIL DE CHUKE SANAM, DEVDAS, GOLIYON KI RAASLEELA RAM-LEELA and BAJIRAO MASTANI]. Having said that, the celebrated storyteller has mastered the art of striking the right balance between form and content. PADMAAVAT will not only be talked about the compelling visuals, but taut screenwriting and right pacing as well.

PADMAAVAT is a reaffirmation that Bhansali is capable of accomplishing incredible results if he refrains from getting overindulgent. In the past, the supremely talented storyteller had squandered off the opportunity [SAAWARIYA and GUZAARISH]... not this time. The screenplay is focused; it piqued my interest and kept me involved in the narrative, while the characters are well-etched and powerfully portrayed. In fact, the watertight screenplay, which encompasses drama, action and romance, are beautifully juxtaposed in the narrative. In short, everything blends beautifully like a symphony.

Besides captivating screenwriting, PADMAAVAT is bolstered by strong performances. It doesn't take a crystal ball to foretell that not only will Deepika’s act dominate the award season next year, but she will also win tremendous love and adulation for her portrayal. She is the lifeline, the strength of PADMAAVAT. It’s easily her career-best act, eclipsing her earlier works so far.

This is Ranveer’s third movie with Bhansali. Although the actor has delivered sparkling performances in the two collaborations with Bhansali [GOLIYON KI RAASLEELA RAM-LEELA and BAJIRAO MASTANI], you’ve got to watch him as the treacherous, vicious, vindictive and villainous Khilji in PADMAAVAT. Actually, Ranveer doesn’t just play Khilji; he inhabits him. It’s an astounding, gutsy performance that will be talked-about and discussed for sure.

Shahid is tremendous and his act gives depth and feeling to the character. He captures the essence of his part wonderfully, while the camera captures every emotion that flickers across his face. I’d also like to add that the Shahid-Deepika chemistry appears natural and striking.

PADMAAVAT has a noteworthy supporting cast. Jim Sarbh is creepily effective and owns every sequence he’s in. Aayam Mehta is fantastic. Ujjwal Chopra is first-rate. Aditi Rao Hydari is unforgettable. Anupriya Goenka doesnt get much scope. Raza Murad is excellent.

One cannot ignore the compositions/soundtrack in a Bhansali film. His music, like the images brought to the screen, should've added depth to the emotions of the characters, but is strictly okay this time. In fact, that's the only hiccup here. The review would be incomplete without a mention of the battle sequences. The volatile, high-octane finale is a visual spectacle. The camerawork is splendid: gorgeous and artistic. The production design is top notch. Dialogue are well worded and garnish the sequences beautifully.

One more thing: The Hindi film industry has badly used and abused 3D, turning it into a gimmicky tool, but Bhansali is one of those rare storytellers who knows how to utilize the technology to his advantage and how it can enhance the overall theatrical experience. Having watched PADMAAVAT on IMAX 3D, I can only state that the results were simply stunning.

On the whole, PADMAAVAT is a remarkable motion picture experience that’s backed by proficient direction, spellbinding screenwriting and superlative acting. For Sanjay Leela Bhansali, it’s the best title on an impressive filmography. A sure-shot winner at the box-office!

Meezaan Jaffery opens up on being Ranveer Singh’s body double in Padmaavat, says he was petrified

3 Years Of Padmaavat: Sanjay Leela Bhansali shares unseen videos of Ranveer Singh and Deepika Padukone as they get emotional

Published on May 13, 2020 10:28 AM IST
Bollywood Hungama News Network https://www.bollywoodhungama.com/

Just saw the movie on Prime. OMG! Completely idiotic, senseless and overrated. Not only it makes no…

Movie is great.Everyone should go out and watch.This is my 2nd time in 2 days.Sanjay Leela Bhansali…