Kangana Ranaut is known to play roles that are challenging and are always helping her better herself as an actress. Her previous works have gained a lot of appreciation from the audiences and the critics alike. Her roles make her stand out from the rest of the crowd and of course, her performance brings the characters to life. From her role as Rani in Queen, to playing Datto in Tanu Weds Manu Returns, to her latest role in Manikarnika as Rani Laxmibai, she has managed to make us fall in love with her even more. 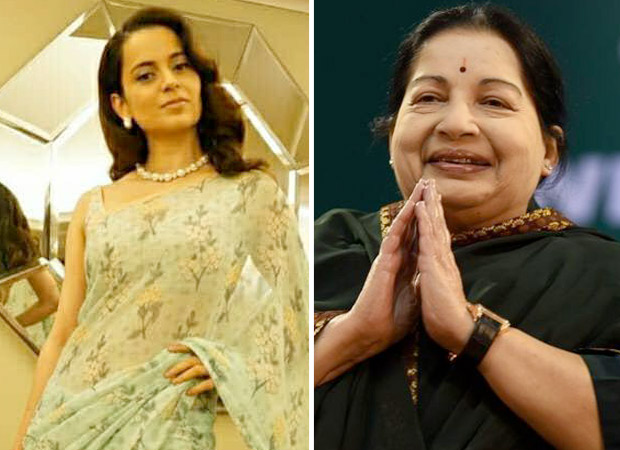 She recently opened up about her upcoming role as late Tamil Nadu CM, Jayalalithaa, in her biopic. While she has made commitments to Panga and Mental Hai Kya, she said she will be learning Tamil for her role. The movie is said to release in two languages and most of the scenes are going to be in Tamil. Kangana is planning to take professional lessons for the language as she wants to get into the skin of the character. While reading the script, she felt Jayalalithaa’s personality is a lot like her own and she could see herself playing the role right after the first reading.

This movie will also be the first time where a Bollywood actress will be taking the lead in a south based movie. Kangana has always had a keen interest in regional films and she feels that there is a major lack of connect with the audience there as a Hindi actor. She also said that she was waiting for the right role to come in. The movie is titled Thalaivi in Tamil and Jaya in Hindi and is likely to go on floors in September this year.