Kangana Ranaut is one helluva trailblazer and she never ever minces her words. She is the most unapologetically savage personality in the industry and she does not leave one opportunity to SLAM the mainstream Bollywood industry and all the top people associated with it. After waging an attack on Karan Johar on nepotism, calling Alia Bhatt and Ranbir Kapoor for their non-interest in matters of National security, she has again spoken against Ranbir and Alia and this time around she commented on them dating each other and even calls them ‘young and dumb’. While speaking specifically talking about the Brahmastra couple, she said that Alia is 27, Ranbir is 37…and so she is not able to determine whether they are young or dumb. 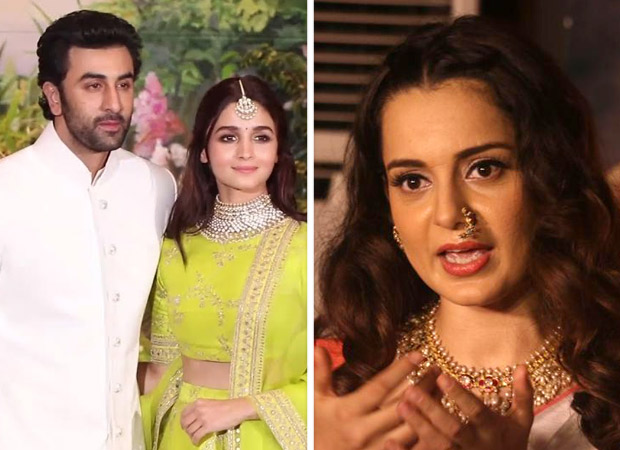 Further she even indirectly commented on their personal life and said that actors love to flaunt their sex lives on social media but SHY AWAY from talking about politics and other serious stuff in media. She said it is unfair that their guards are on when it comes to matters of national importance but are very excited to talk about frivolous stuff. Earlier, Alia Bhatt was posed with Kangana’s criticism about she alienating her, she being a Karan Johar’s stooge and a flagbearer of nepotism.

Alia had a very dignified response to this and said, “definitely don't have the ability to speak as candidly as Kangana does, and I really do respect her for that and maybe in a way she is right, sometimes we do hold back. My dad also says that there are already so many opinions in the world that it can do with one less opinion. So, I have an opinion but I'll keep it to myself. But, kudos to her as she genuinely speaks really well.”

Kangana will star in a biopic based on her own life soon. She also will come out with Mental Hai Kya with Rajkummar Rao and has a film with Ashwiny Iyer Tiwari.