Bollywood actress Kangana Ranaut carved a niche and made a name for herself in the entertainment industry. Apart from being a performer, the actress also has a keen interest in politics. The actress has multiple times made headlines for her strong-headed opinions on different matters. It seems that the actress is set to join politics in the near future. 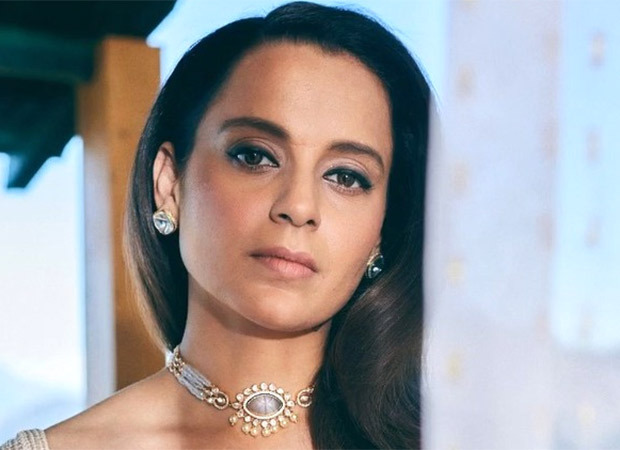 For the unversed, the Queen actress recently went to her hometown Himachal Pradesh, and attended a program, arranged by Aaj Tak. During the event, the actress said that she is open to fighting the elections from Mandi in Himachal Pradesh if the public wants it and if the BJP gives her a ticket.

On being asked about her plan to join politics, the Simran actress said, “Jis tarah ke haalat honge, government chahegi mera participation ho, vo I will be very much open to all kinds of participation.” She then added, "As I said, it would be great if people in Himachal Pradesh would give me a chance to serve. So, definitely, it will be sobhagya ki baat.”

The Tanu Weds Manu actress also spoke about Assembly polls in the hill state. She stated, "Himachal Pradesh won't fall for false promises of the Aam Aadmi Party (AAP). People in Himachal have their own solar power and people grow their own vegetables. Freebies won't work for AAP in Himachal.”

Coming to her professional front, the 35-year-old actress will be next seen in Emergency. The ensemble star cast of the film will also feature Anupam Kher, Satish Kaushik, Shreyas Talpade and Milind Soman. In the upcoming film, she will be seen playing the titular character of India’s former prime minister Indira Gandhi. It will also mark her second directorial project. The actress also has Tejas and Tiku Weds Sheru in the pipeline.

Also Read: Kangana Ranaut starrer Tejas to release next year in the summer of 2023