Kangana Ranaut, who is gearing up for her next film Manikarnika – The Queen of Jhansi, is now facing allegations from a real estate broker over non-payment issues. Prakkash G Rohira of Karma Realtors has reportedly filed charges against the actress at Khar Police Station over the pending payment for the brokerage of a bungalow at Pali Hill. 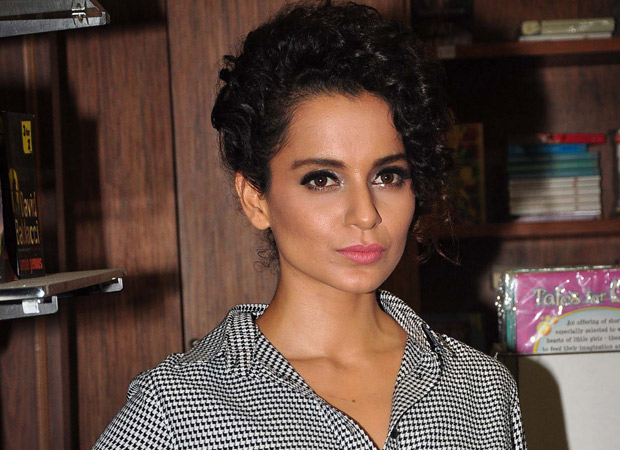 Reports have it that Prakkash G Rohira was the real estate broker for the bungalow he had helped Kangana Ranaut purchase in 2017 in the plush Pali Hill locality. The said house is a sprawling 3,075 sq.ft. worth Rs. 20.07 crores and the actress also owns 565 sq.ft of parking space. After the deal, the agent has alleged the actress, her sister Rangoli Chandel and the rest of the staff haven’t completed his payment. He apparently approached the Khar police station in July wherein he filed a confidential complaint.

Speaking of the allegations, Kangana Ranaut denied the same in a recent statement. "I paid the agency who did the bungalow deal for me one percent brokerage which adds to 22 lakhs. Their dues have been paid many months ago.The said person is one of the brokers who offered this deal to me. My finance team never dealt with him directly but now he is harassing us for Rs. 22 lakhs more he is claiming 2 percent of the transaction made from my end which was never promised to him before or after the deal so this doesn't make sense and we have made it clear to the cops as well, as we have all the evidence,” said the statement.

On the other hand, Rangoli Chandel too has apparently stated in reports that they have already submitted a statement regarding the matter in Khar police station. However, the Khar Police Station authorities in reports have maintained that they haven’t received any statement from the actor’s side.

As for Rohira, he continues to maintain his stand on the case. He also claimed that he is aware that they would deny all the allegations and blame the case on him but he eventually concluded by maintaining that the evidences would speak for itself. He also mentioned that he never wanted to take this to the media considering that he is a much smaller person as compared to the actor.

Also Read: Teaser of Kangana Ranaut starrer Manikarnika – The Queen of Jhansi and Akshay Kumar starrer Gold will be an Independence Day treat to fans!