Kajol, who is already bereaved owing to the sad demise of her father-in-law Veeru Devgan, was seen going to the hospital recently to look after her ailing mother, veteran actress Tanuja. If reports were to be believed, she was admitted in Leelavati hospital, suburban Mumbai earlier this week. Now reports have it that the veteran Bollywood actress was taken to the hospital for diverticulitis surgery. 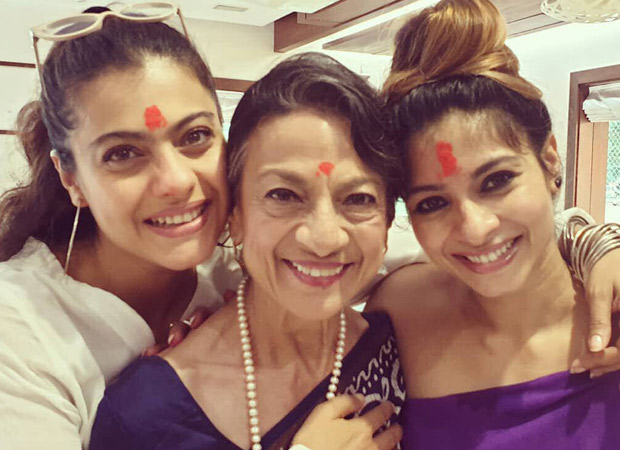 In the said reports, it is being said that Kajol’s mother Tanuja was suffering from this condition which is a kind of intestine infection and hence required surgery. She was admitted in Leelavati for the same and now, reports have it that she has been recouping well. The surgery is said to have happened a day ago and has been successful. Hence, sources have claimed in reports that the actress may have to stay in the hospital for a week or so.

It was being said that Tanuja had to be admitted two days after the demise of Veeru Devgan. Kajol, who broke down in tears on the day of her father-in-law’s funeral, is currently shuttling between the Devgan household as well as taking care of her mother’s health. The actress recently attended the prayer meet for her late father-in-law where many Bollywood celebrities came to express their condolences and pay respects to the late Devgan.